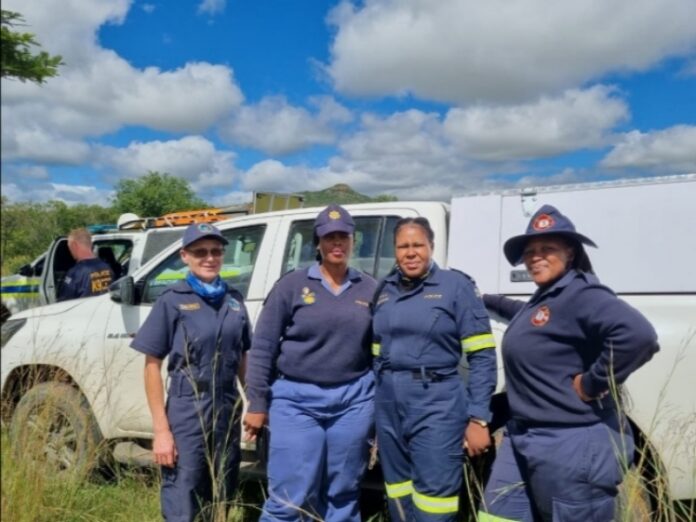 When 15 goats were swept away by the floods which ravaged northern KwaZulu-Natal this weekend, their desperate owners thought the animals and their livelihoods were lost forever.

But when they had almost given up hope, they called police officers of the Search and Rescue and Stock Theft unit, who managed to save every single one.

KwaZulu-Natal had to be called after goats belonging to farmers in Ngoni, Isandlwana

Early on Saturday, the goats gathered to drink and graze by Ngoni River

“The animals were drinking water and getting food from the trees,” community member Jama Magubane told Scrolla.Africa.

Then suddenly the rains picked up.

“They couldn’t get out of the river that was flooding heavily,” said Magubane.

Community members told Scrolla.Africa that they tried to get a rope to the rocks in the river for almost an entire day. They tried to lasso the trapped goats and pull them to safety but couldn’t.

Magubane said they were ready to give up, then they decided to call the police.

“There were male police officers but it was encouraging to see women working with men in such a dangerous situation. We salute them,” said community member Hlengiwe Mazibuko

The police, who came from Amajuba, Vryheid, Nquthu and Richards Bay, finally managed to get a rope onto the island and get to the island to save the animals.

KZN police spokesperson Lieutenant Colonel Nqobile Gwala said the rescue teams were made up of men and women and it was led by Amajuba SAPS stock theft team.

Gwala said besides the 15 goats in Nquthu, 17 goats and sheep were rescued in Dannhauser.

“Those goats and sheep have not been claimed and we are still looking for their owners,” said Gwala.

Goats are an important treasure in many KZN rural communities as they are used for cleansing ceremonies for feuding families or tribes.

They are also used to perform certain rituals to bring the spirit of ancestors home or to talk to the ancestors.