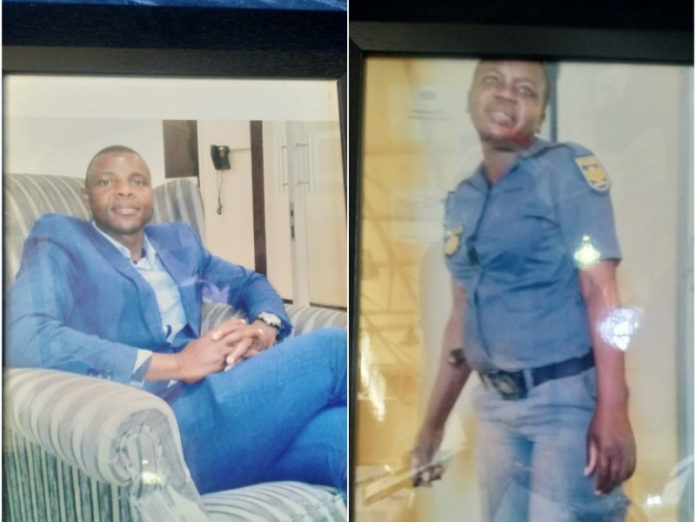 The first call Matimba got was to tell him his sister had locked her husband out of the house.

The second call, two hours later, was a call of death.

It appears that the wife shot her husband in the bath and then turned the gun on herself in their house in Rabie Ridge near Thembisa, Ekurhuleni.

Brenda Nkuna and her husband, Chancy Nkuna, both died in the shooting.

Brenda’s brother, Matimba Nukeri, is a cop who works in Limpopo. He said he received a phone call from Chancy in the afternoon, asking him to call Brenda to open the door for him.

“She locked herself in the house and refused to open for her husband at about 3pm,” said Matimba.

“Her husband told me he would break down the door if she didn’t let him in.”

Matimba said he alerted his mother about the call. For a while, there was silence.

Then, a police officer called him from the scene and told him to come to Gauteng from Limpopo as his sister and brother-in-law were both dead.

“I must admit that there was little peace in my sister’s family,” Matimba told Scrolla.Africa.

“Many times she would speak about the fights but she would tell me that they were resolving their differences.”

He mentioned an example of his sister refusing to go to his brother’s lobola ceremony in Limpopo because they were fighting so much.

“But the family persuaded her and she joined the rest of us,” said Matimba.

The late Chancy’s brother, Jackie Mathonsi, said the couple had been married for over 15 years and they were happy.

“Of course, there were some issues but all families experience that. The way they died shocked both families,” he said.

Jackie said his brother joined the SAPS in 2003 and he had always been a peaceful man.

“It is very unfortunate that their lives ended in such a brutal manner while they had children and a future together.”