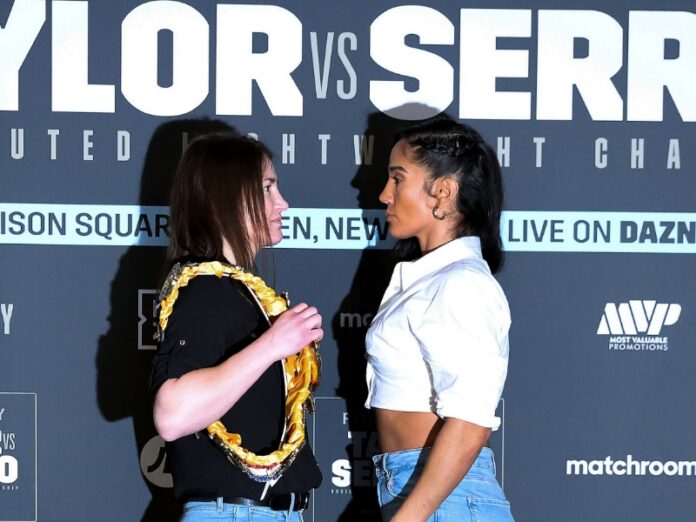 For the first time in the history of boxing, two female fighters will face off at Madison Square Garden in New York.

Boxers Katie Taylor and Amanda Serrano will clash at the end of April.

The rise of women’s boxing has been supercharged in recent years and this event is set to increase its popularity even further.

A clash between the two women at the legendary arena has never been seen before.

The fight between Taylor and Serrano has the potential to be a landmark for women’s boxing, selling out the 20,000-capacity arena within minutes.

The first boxing event between two women in the United Kingdom only took place 23 years ago. But women’s boxing is now rising in popularity. There’s been a 65% increase in female membership of Boxing England since 2017, according to a report done by the organisation.

Irish boxer Taylor, who began boxing as a teenager in the late 1990s, was forced to pretend she was a boy in order to train.

“When I started, women’s boxing wasn’t allowed in Ireland. That was a huge barrier I had to break down. One of the best things about my journey is seeing so many female fighters now, and the opportunities that are out there,” she said.

Taylor added that her fight against Serrano will “open so many doors” for other female fighters.

“What we’ve seen over the last six to seven years is just the most incredible rise of women’s boxing, from more and more British world champions, more female fights headlining normal cards, women’s pay increasing at an astronomical rate,” he said.

“And more importantly, at a grassroots level, the development of young girls saying, ‘I want to become involved in boxing’.”