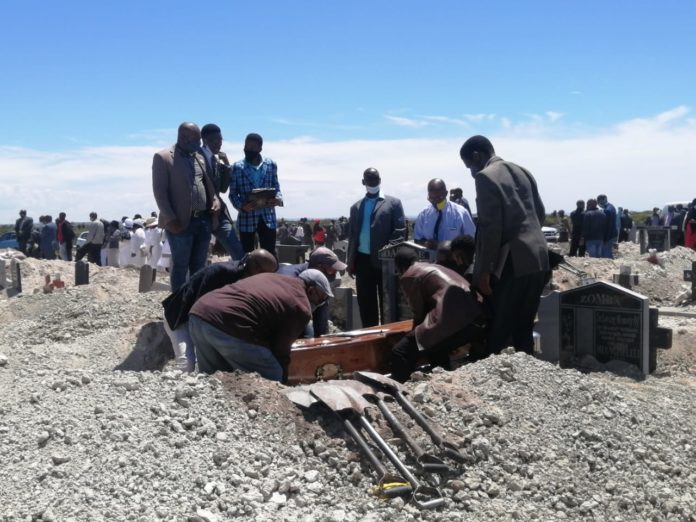 After the death of her father, Thenjiwe Smile is accusing the Dora Nginza Hospital in Nelson Mandela Bay of ignoring her father and letting him die. The 93-year-old inyanga, Wilson Smile, passed away at the hospital last Thursday.

He died as Nelson Mandela Bay is one of the areas of South Africa hardest hit by the surge in Covid-19 cases.

One of the nurses at the hospital said it was painful to witness both patients and staff dying of Covid-19 every day.

Thenjiwe told Scrolla.Africa her father was referred to Dora from Motherwell Care Centre to be treated with oxygen after he experienced breathing problems.

“We arrived just after 7am but Casualty didn’t assist him. The nurses said he was old and there was nothing they could do for him.”

She said while waiting for treatment, she saw six people die without getting help.

“At 12 noon my father died in my arms. He was the seventh person to die that day,” she said.

“If my father had been given oxygen and the drip that he was supposed to get, he would still be alive.”

Eastern Cape Department of Health spokesman Siyanda Manana, insisted that they have enough oxygen and beds at the hospital but there is a huge overflow of patients in casualty because people are streaming to the hospital at the same time.

“Some of them arrive too late for us to help them,” said Manana.

He said: “Some of them come for minor illnesses drawing away the attention from serious cases.”

He appealed to patients not to seek help as soon as they feel they have Covid-19 symptoms.

“No one is supposed to be discriminated against for treatment. The family can lodge a complaint with the hospital management for investigation.”