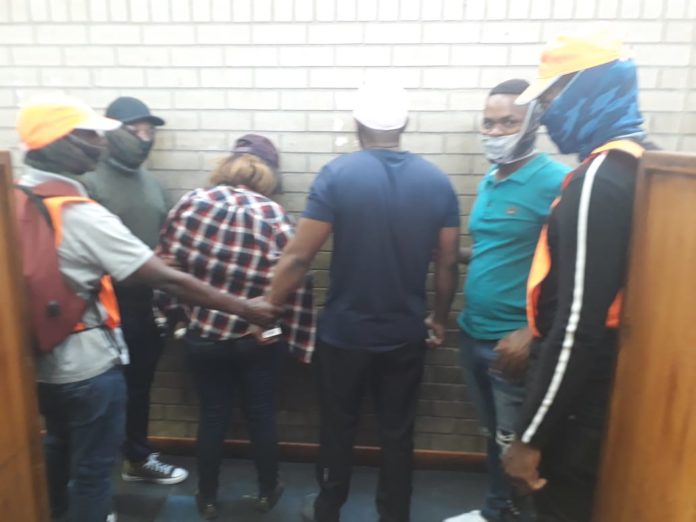 He spoke to Scrolla.Africa after he and his patrol team arrested two fake officers in central Johannesburg on Wednesday.

The fake cops were carrying appointment cards and handcuffs.

Mbhele and his team used their own cuffs to cuff the woman and a man before dropping them off at Johannesburg Central police station.

One man, 28-year-old Bongani Mkandawire who came from Mpumalanga to shop in Johannesburg, said he was threatened, searched and robbed by the two fake cops.

While he was about to go to the rank to catch a taxi home with his wife, he said, a woman pulled him from behind and showed him a police identification.

“She asked me for my passport or ID. Before I knew what was happening, a man joined her who also produced an appointment card and handcuffs.

“I was confused. My wife stood frozen, thinking I was being kidnapped,” said Bongani.

“They threatened they would kidnap me and I would be taken to a dark room where my family would not trace me,” he told Scrolla.Africa.

“But there were guardian angels watching.

“The patrollers – who were wearing civilians clothes – came at us.

“I thought I was in more trouble. But they were actually there to rescue us from the fake cops,” said Bongani.

Mbhele said it is disheartening to see shoppers coming from as far afield as Mpumalanga, KwaZulu-Natal or Pretoria being robbed and left stranded.

“We have received many complaints from shoppers regarding people who impersonate officers. The hot spot for the crime was near the busy Noord MTN taxi rank.

“Since the beginning of the month, there has been an increase in the number of complaints. We set up a trap and patrolled the busy streets in civvies,” he said.

Johannesburg Central police station spokesperson Captain Xoli Mbhele confirmed the case has been opened. He said the suspects will appear in court soon.