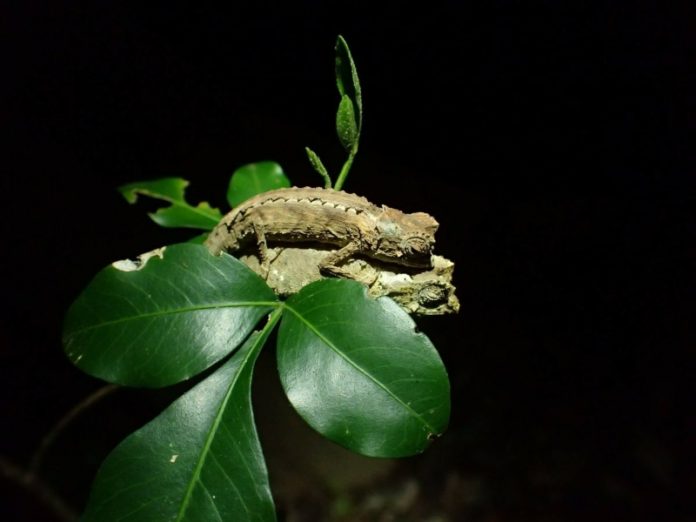 The Brookesia nano, or micro-chameleon, made headlines earlier this month after scientists announced that it is the smallest species of reptile ever discovered after being found on Madagascar.

However, the male Brookesias have found themselves in the limelight once again after it’s emerged that they have disproportionately large penises.

The average length of a male is just under 22mm from nose to tale. Its genitals, however, are over 4mm long, making up an incredible 18.5% of its total body size.

And as if this creature wasn’t satisfied enough by having one of (proportionally speaking) the largest penises on the planet, its researchers say it possesses “large, apparently fully developed hemipenes”.

This means that it has two of them. Two gigantic penises.

Interestingly, the female Brookesia is significantly larger than their well-hung counterpart, at an average length of roughly 28.9mm.

Scientists have speculated that the remarkable size of these reptiles may be due to “island dwarfism,” the theory that creatures living on islands, such as Madagascar, evolved to be smaller to make up for a lack of resources.

Dr Mark Scherz, one of the scientists who discovered this species, wrote on Twitter that while most of its body could adapt to its environment by shrinking, not all of it could.

“If the female remains larger than the male, a constraint is placed on the reduction of the male genital size.”

In other words, its penis has to remain a certain size in order to mate successfully with the female.

He added, “The male in fact rides around on the female’s back until she is ready to mate.”

So if there’s one thing we should learn from this bizarre little creature it’s probably this:

If you find that a tiny chameleon has hopped onto your back, you better be ready.