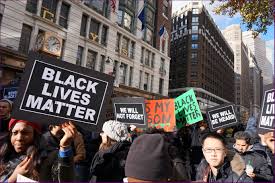 His inability to help people that day later led to him to join the ANC.

This month he joined a Black Lives Matter protest in LA.

As he pushed a policeman off a woman protestor, Steyn told TimesLive, he was hit with a baton and then shot in the genitals with a rubber bullet.

“My biggest regret has always been that I didn’t do anything to stop Strydom,” Steyn said from his hospital bed. “That’s why I went to help the woman on Saturday.”