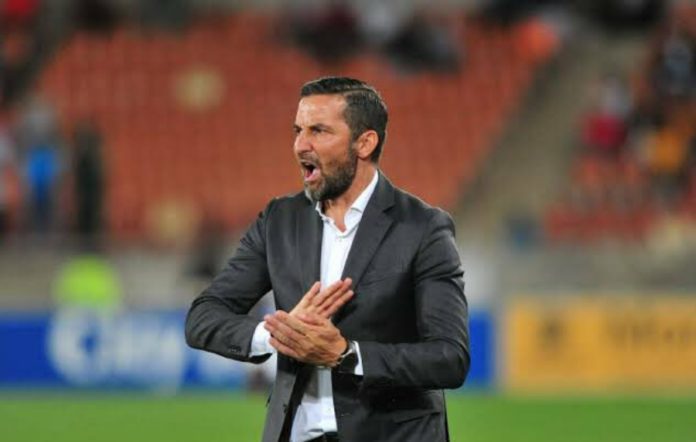 Who knows what would have happened to coach Josef Zinnbauer if the angry Pirates fans had been at Sugar Ray Xulu Stadium to watch their team go down 2-0 to Golden Arrows on Tuesday?

South African soccer fans have been known to show their anger by throwing missiles at coaches and players.

But seeing as they weren’t there, the fans took to social media, pleading with the club’s chairman Dr Irvin Khoza to fire the inconsistent coach.

“Do the honourable thing and release him before it’s too late,” wrote “Mdokies” on Twitter.

Said Trevor Mnini: “Abo Floyd Mbele went to Germany to waste the club’s money and hired a guy that was on holiday for two years and the chairman approved such a recommendation.”

He added: “They must have poured sleeping tablets into Khoza’s tea to approve Zinnbauer.”

This prompted “Brownskingirl” to comment on Twitter: “There are 16 clubs in the PSL. I’m talking to you Orlando Pirates. This thing of training for only Kaizer Chiefs is not going to work.”

Pirates’ defeat was the third of the season and it dented their DStv Premiership title chase. They dropped to fifth place and remain eight points behind log leaders Mamelodi Sundowns. They have played one game more than Sundowns too.

On Saturday, Bucs will have to forget about the league and shift their focus onto their Nedbank Cup match against uThongathi FC. The match will be played at Orlando Stadium at 3pm.