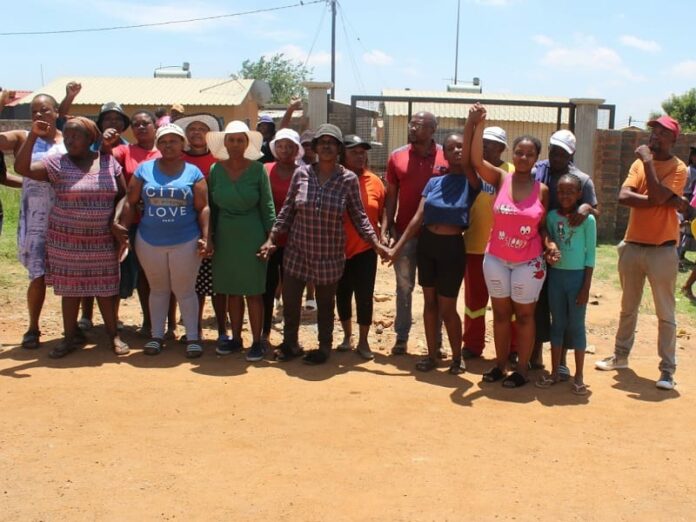 Nonhlanhla Mabena is fighting for her life in hospital after her arm was ripped off by two pit bulls on Sunday night.

Residents who rushed to the scene said her right arm was hanging by a bit of skin and the rest of her body was full of bite marks.

Mabena, the mother of a four-month-old baby, was walking home when the dogs attacked.

A witness, Nthabiseng Letsholo, told Scrolla.Africa that she heard the victim screaming for help outside and when she went to investigate she found her trying to fight off the two dogs.

“They were vicious and tearing her body like hungry animals. I feared that she was going to die from the attack.

“I screamed for help. Other neighbours joined in and tried to splash water and throw stones to fight them off but they were not budging.

“They eventually ran off after what seemed forever,” she added.

Neighbours said the animals are used for security for a panel beating operation in the yard where they are kept and no-one lives in the house in Duduza, Ekurhuleni.

They said the pitbulls regularly sneak out of their home through a water pipe passing through their yard and leading to a bridge, or through a small open passage through the security fence.

Angry resident Janky Mofokeng added that residents are held ransom by the dogs and fear using the route near their home as they often escape.

“We have continuously pleaded with the owner to ensure that they don’t escape but he always made claims that they are well trained.

“We feared this might happen as these dogs are reported to be vicious and capable of killing people,” Mofokeng said.

The dog owner, Gugu Mkhwanazi, told Scrolla.Africa that he had handed the dogs to the Nigel SPCA but when residents inquired with the facility they were told that the dogs weren’t there.

“My dogs, Lily and Vagra, are well trained and socialised to love people. Maybe it is the season for these dogs to act in this manner.

Duduza police spokesperson Sergeant Harry Manaka confirmed that they are investigating a case of attempted murder and investigations are underway.