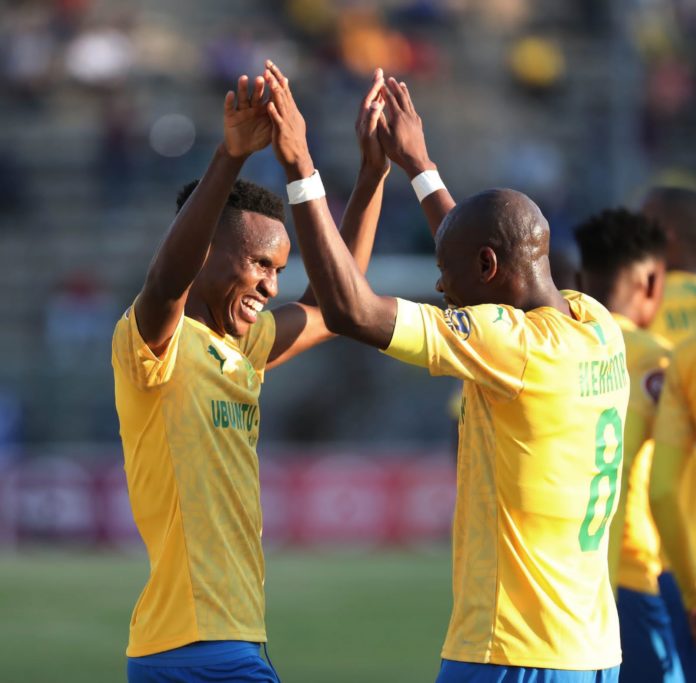 With their win over Black Leopards on Wednesday, Mamelodi Sundowns have scored more points than last season after 14 league games – but Downs fans aren’t convinced that the club’s three coaches are good enough.

They remember the Downs of former coach Pitso Mosimane as a lot better than the current team under Manqoba Mngqithi, Rhulani Mokoena and Steve Komphela.

Sundowns remain unbeaten but they have drawn matches that many say they should have won, especially against relegation strugglers Tshakhuma Tsha Madzivhandila and Maritzburg United. Before Wednesday’s win they played three consecutive draws and failed to score in two matches.

Against Leopards they showed weaknesses, especially at the back and if they had played a team with a stronger front line they would’ve been severely punished.

Downs’ star midfielder, Themba Zwane, looked tired and drained and he was substituted after 83 minutes. He started the season like a house on fire scoring goals in game after game, but his recent drop in form has affected the way Downs play. In the last six matches he scored once and Downs only won three while drawing three.

Coach Mngqithi agrees there is a lot to be done but said they are working at getting the team where it should be.

“We have changed the team a lot because of issues, but players are coming back from injuries and things will change,” said Mngqithi.

With many matches to be played, the coaches have to decide if they can rest Zwane.

Other players who seemed to be struggling were captain Hlompho Kekana and forward Kermit Erusmus.

In Downs’ upcoming match they play Chippa United at Loftus Stadium on Saturday at 3.30pm.