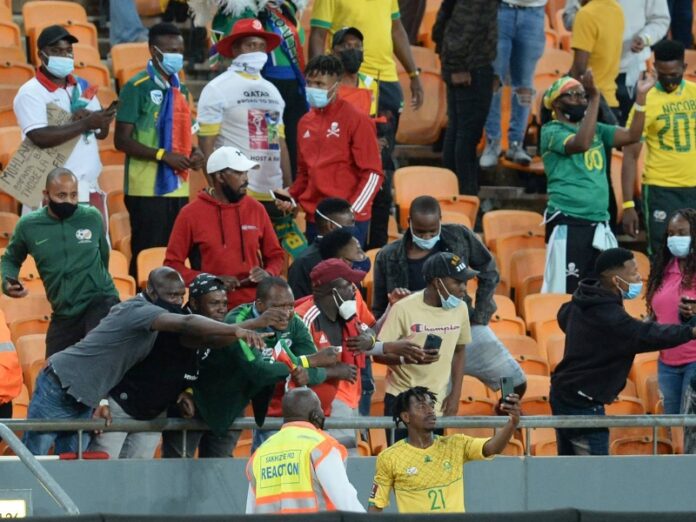 The calls to allow fans back into South African stadiums is gaining traction but the issue of attendance at Premier Soccer League (PSL) stadiums has been a worry for a very long time.

Fans have not been allowed into stadiums for sporting events since the onset of the pandemic. The PSL said in January they would only allow fans back into stadiums when the government again allows full capacity.

The Department of Sports, Arts and Culture currently allows 2,000 supporters at a matchday event while supporter groups and organisations are calling for 50% spectators to be allowed.

However, if and when the restrictions do allow for 100% capacity, will that mean PSL clubs will operate with full stadiums?

The five-year period between 2015 and 2019, the years before the pandemic struck saw the highest attendance at PSL games being 31% according to data from German-based info company Transfermarkt.

The expenses that come with hosting a PSL game in an approved stadium in the midst of Covid-19 is around R300,000 to R500,000 per match according to sports researcher Nqobile Ndlovu, the director of Cash N Sport.

Only the Soweto Derby between Kaizer Chiefs and Orlando Pirates stands out in terms of attendance. The game hosted at the FNB Stadium has always attracted over 70,000 fans for the spectacle.

“Revenue is a very difficult point for clubs in the PSL as most teams rely on the owner’s personal pockets to keep afloat,” Ndlovu told the Outlier.

“Covid-19 and the subsequent stadium bans are a blessing in disguise because teams have not had to fork out extra money with fans being at stadiums.”

There are several economic and social factors that play a role in attendance, such as access to transport, additional matchday costs such as food and drinks and the lack of accessible stadiums.

That is according to the National Football Supporters’ Association (Nafsa) chief executive Siyabulela Loyilane.