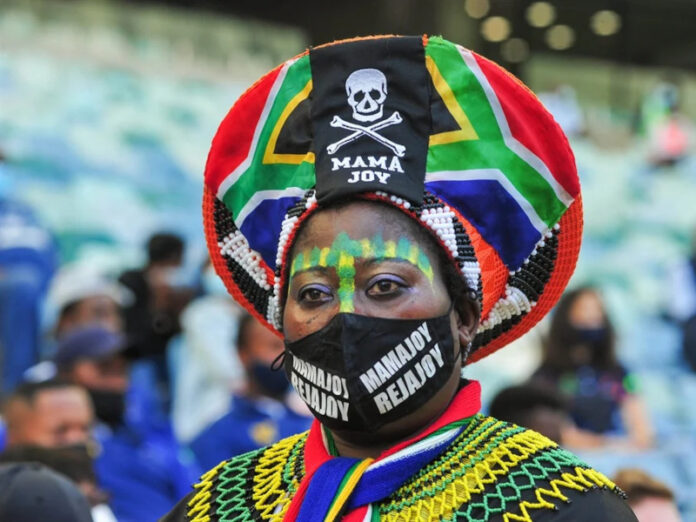 One of the most recognised faces in the world of South African football, Mama Joy, has been invited to attend the Fifa World Cup 2022 draw in Qatar.

Painted and dressed in the colours of her former favourite team, Mama Joy is noticeable every time the Buccaneers or Bafana Bafana take to the field.

Mama Joy made headlines when she posed as a Royal AM supporter last year, leading people to believe she was paid to change her allegiance in the DStv Premiership.

“I thank Safa for this opportunity and especially President Danny Jordaan for embracing the supporters as critical stakeholders in the game,” she said on the Safa website.

“This is massive. I will not only be representing my organisation but I will also be doing this for Safa, South Africa and Cosafa,” she said.

“I will be among a few global faces of soccer fans at the draw.”

Mama Joy will leave South Africa for the prestigious event on 28 March and return on 3 April.

She said football fans from South Africa will be invited to attend the World Cup later this year.

“Provisionally, they have promised that a few more fans from South Africa that include the president of our supporters, Saddam Maake, will make the trip during the World Cup tournament,” Mama Joy said.

“We intend to leave a lasting impression there.”