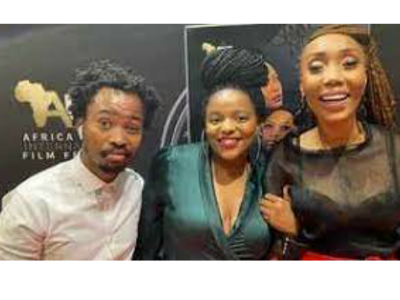 Director Athi Petela is facing a huge backlash for not casting queer actors in her film Trapped.

The LGBTQ+ community was not pleased with the director’s comments during a Q&A session held at the screening of her film, in which she said she was very particular about who she cast.

She emphasised that she cast the best fit for the part regardless of their sexuality.

Petela, who mentioned that she is gay, had a strong response for her critics.

“If you’re not great then there’s just not great work in your art,” she said.

“Don’t come at us with those condescending things of you could’ve cast a queer person. Well, you could have been great.”

A video with this quote gained the attention of many Twitter users.

A Twitter user said: “Saying ‘I am queer’ to shield yourself from criticism for being anti-queer and doing things in your professional life that further exclude and marginalise queer people is so cynical. There are plenty of talented queer people. She just enjoys being the only queer in the room.”

Trapped made its TV debut on SABC 1 on Sunday.