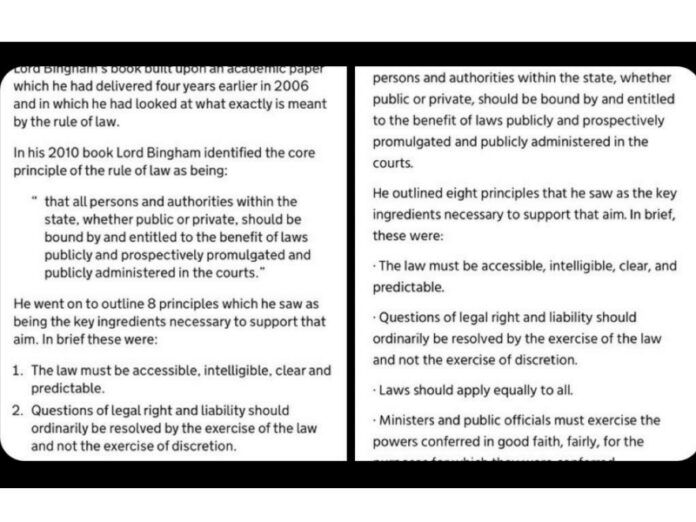 Tourism Minister Lindiwe Sisulu has found herself under the spotlight again this week after being accused of plagiarising a speech made by a UK politician in 2013.

On Wednesday, the IOL published an opinion piece written by Sisulu which was responding to the criticism she had received for an earlier article she wrote questioning the country’s political leadership, the judiciary and the constitution.

On closer inspection, Van Onselen found that a section of the article looked exactly like a speech made by former UK General Attorney and Conservative Party politician Dominic Grieve way back in 2013.

In fact, bar a word or two, Sisulu appears to have copied and pasted Grieve’s speech.

Pictured above are the two sections. On the left is Grieve’s original speech and on the right is Sisulu’s spookily familiar article.

Sisulu’s spokesperson, Steven Motale, said that the accusations were ridiculous and that anyone who thought the minister had plagiarised was “stupid”.

“Plagiarism is when a person, in writing something, uses the words and thoughts of someone else without giving credit to the original author,” Motale told News24.

“Minister Sisulu cited the author, the source, the specific piece and date of publication or court ruling instance,” he continued.

Not once, however, did she mention Dominic Grieve.