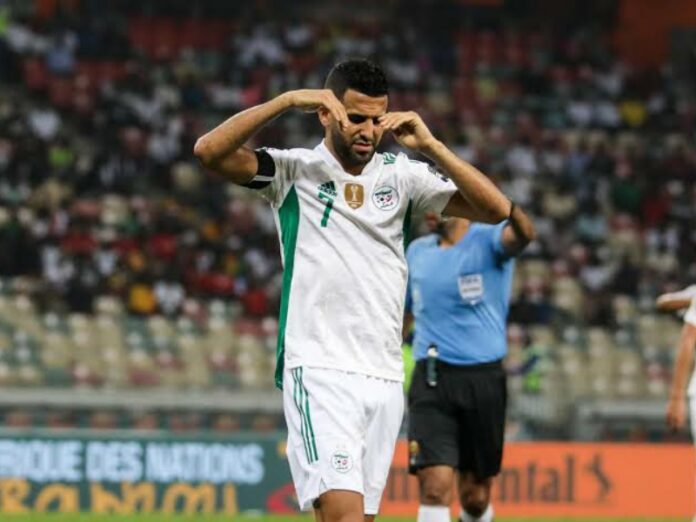 It was Ivory Coast up against title holders Algeria in the pick of the games yesterday. The defending champions went 3-0 down in the first hour of the game.

Arsenal star Nicolas Pepe scored and assisted for the Elephants, all while his club crashed out of the Carabao Cup against Liverpool in the semi-final stage over in London.

The Desert Foxes of Algeria had a shot at a comeback when they were awarded a penalty on the hour mark. However, Manchester City’s Riyaad Mahrez hit the post with his attempt from the spot.

Sofiane Bendebka’s header from close range was a mere consolation a few minutes later, and Algeria were sent packing without recording a single win all tournament. Ivory Coast topped the group to set up a thrilling last 16 encounter with Egypt.

In Group E’s other game, Sierra Leone needed a win against Equatorial Guinea to progress. A penalty miss from Kei Ansu Kamara and a red card to Kwame Quee late on stopped them from salvaging anything after going down to a first half Pablo Ganet goal.

The result was a good one for the nation of Comoros, who made history by qualifying in their first ever appearance in the tournament.

In Group F, Mali sealed top spot with their 2-0 win over bottom side Mauritania while Gambia finished second after their 1-0 victory over Tunisia. The surprise result against the Scorpions did not stop the Carthage Eagles of Tunisia from qualifying, though, as they squeezed through as one of the best third placed sides with three points.

Games will take place from Sunday through to Wednesday before the quarter finals commence next weekend.