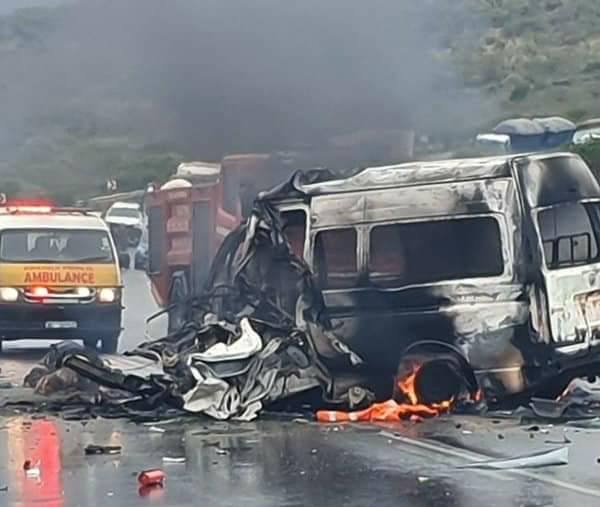 A pregnant woman was among 16 commuters who died when a taxi and a truck collided in a horror crash in northern KZN on Wednesday morning.

The accident was on the stretch of the R64 highway between Ulundi and Melmoth.

The crash brings the death toll on KZN roads during Transport Month to at least 90.

Despite October being the national Transport month, KZN Transport MEC Bheki Ntuli has spent much of it going from one accident scene to the next.

On Saturday he attended a funeral of some of the victims.

All the recent accidents involve minibus taxis. But not all were caused by taxis.

“We are working hard on the ground to try and get people to stick to the rules of the road. And as it is right before the festive season, I am very worried about these accidents,” said Ntuli.