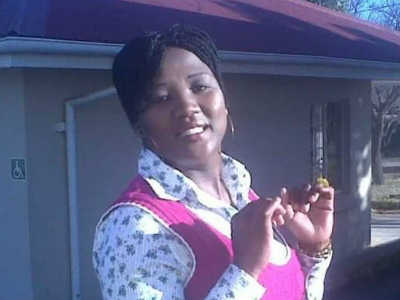 Siziwe Gladile did everything she could to help her son succeed, but he rejected all her best efforts.

And shortly before her death she predicted that her own son would kill her.

Now Siziwe, 40, is dead and her 21-year-old son is behind bars, charged with murder.

Siziwe was stabbed to death and buried in a shallow grave inside the shack in her yard.

Siziwe’s love for her son was deep and well known in the community.

While she was a police clerk in the Eastern Cape she bought her son a laptop.

He was widely regarded as the first young person with a laptop in rural Ngqamakhwe.

Siziwe retired last November and started her catering business and decided to relocate her son to the Free State and teach him about the business.

Siziwe planned to move him out of the main house to a backyard shack to be built on her property.

A missing person’s case was opened on the night of 31 March.

Mzukisi kept on searching and saw that the floor in the shack looked like it had been tampered with.

“When the shack was searched, the son left saying he was going to buy a cigarette. I saw my cousin’s body and called the police,” said Mzukisi.

“I found my nephew who confessed to the police. The police suspected my cousin’s boyfriend but arrested my nephew after his confession.”

The family has asked social workers to take Siziwe’s younger son into care.