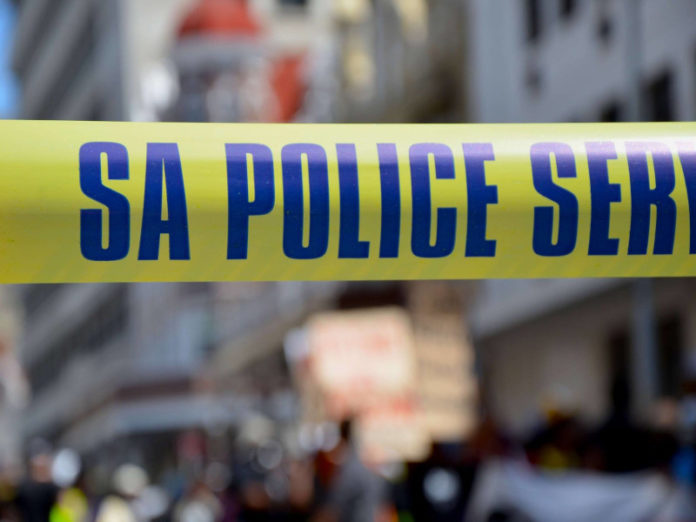 A visit to a supermarket ended in tragedy on Monday when a father was shot dead by a store security guard in an altercation that erupted over changing his baby’s nappy.

Thabiso Makgetlaneng, 37, from Emalahleni, Mpumalanga was allegedly involved in an altercation with the guard after his wife attempted to change their baby’s soiled nappy in the aisle of a supermarket.

Thabiso’s widow Mpho Makgetlaneng told Scrolla.Africa that they were in the shop when the baby needed to have his nappy changed.

“We tried to change the nappy when the guard came over and started shouting. Then there was a heated argument and Thabiso asked him why he was shouting at me instead of just telling us to go outside,” she said.

“I went outside but I heard that the shouting in the shop was carrying on.”

Shortly afterwards, the two men emerged from the shop – both immersed in their bitter argument.

The argument continued to escalate and eventually boiled over into violence. According to Mpho, the guard pushed Thabiso, who pushed him back.

“That’s when I heard a loud bang. I rushed to my husband and saw that he had been shot in the head. I just started screaming,” she said.

Mpho said that she always shopped at the supermarket as it’s one of the cheapest in town but she regretted going there on Monday.

She said that she sat with Thabiso’s corpse for over an hour. She covered his head with a transparent plastic bag as his brains were splattered on the street and people had gathered around.

“We are lost and devastated. An issue that could have been resolved without the use of heavy force has now left the family without a father,” he said.

Dlamini said that the owners of the independent supermarket have already offered the family R200,000 to help fund Thabiso’s funeral.

“No amount of money will replace a human life. Three kids are without a father today because of the angry decision of a security guard,” Dlamini said.

Mpumalanga police spokesperson Brigadier Selvy Mohlala confirmed the shooting and said that the suspect was arrested on Monday and will appear in the Witbank Magistrate’s Court.