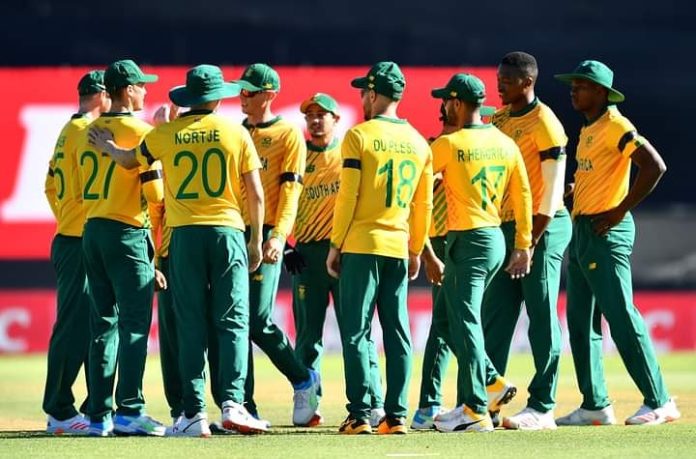 South African sport continues to be hit from all sides by the coronavirus.

This time cricket is the victim as the two Betways One Day International (ODI) matches between the Proteas and England have had to be postponed and abandoned due to the virus.

The first ODI match, scheduled for Friday at Newlands, Cape Town, was postponed to Sunday after a Proteas player tested positive on Thursday. Sunday’s match had to be abandoned 30 minutes before even the first ball was bowled at Eurolux Boland Park in Paarl.

This is after two staff members at the Vineyard Hotel in Cape Town where England are staying tested positive for Covid. It remains to be seen whether the series will now go ahead at all considering England’s fears within the bio-bubble.

An announcement will be made regarding the remainder of the series once the two camps have made a decision.

Cricket isn’t the first sport in the country to feel the effect of the virus.

In October, the Emirates Lions rugby team had four players removed from the squad after testing positive for Covid-19 while they were preparing to face the Cheetahs. The match was postponed.

The Lions’ match against Phakisa Pumas was postponed again in November due to Covid-19 cases in their camp. Both those matches were subsequently cancelled.

In November, the Cell C Sharks had one player who tested positive while two others were in close contact with him. Their match against Griquas, however, went ahead as scheduled in Kimberley. But the last match of the Super Rugby Unlocked campaign against Stormers was cancelled altogether due to positive cases.