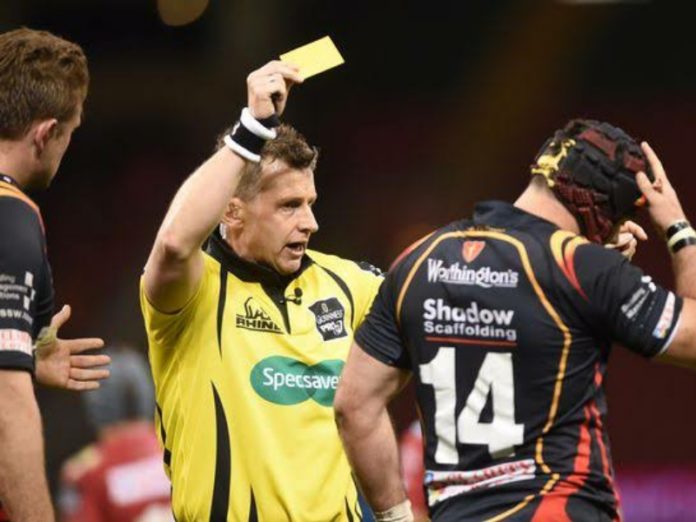 It’s a massive irony that it is possible to prepare for Covid but not for a yellow or red card.

If a player is declared unfit because of the virus, he can be replaced. The team strategy can be adapted, even the team selection can change to compensate for it.

A team cannot prepare for a yellow card. They can’t practice for it, they can’t plan for it. A player gets sent off and the match turns into a lottery – and rugby is not about lotteries.

Sharks scrumhalf Jaden Hendrikse got sent off about halfway through the match for sheer stupidity – and that match fell apart as the Lions ran in try after try.

In the Lions vs South Africa ‘A’ Faf de Klerk was sent off for foul play and Marco van Staden got sent off as a result of repeated infringements.

The SA-A team did incredibly well playing with 13 men, but the lead went from 17-3 to 17-13 before both players were back on the field. Instead of battling a 14 points deficit the Lions were only four points behind.

Indeed, there was nothing wrong with the refereeing that resulted in a red and two yellow cards.

Nobody can deny that. Not even the ruler-makers can deny that. Nor can they deny that a red card, or even a yellow card, changes the game completely. So what then to do to avoid this silly situation?

Stop sending players off the field. Cite a player officially for an infringement and sanction them later through a qualified panel. It can be severe punishment, like being banned for a number of games or fined, or in extreme cases, banned from a tournament or even for a season (as happens with drug abuse).

Warren Gatland will know in his heart, that beating the Sharks by a massive 40 points and losing to South Africa ‘A’ by “only” four points is not a fair reflection of either game.

The B&I Lions tour is in the balance due to Covid-19 and if it gets cancelled that would be a tragedy. But it could be scuttled because of a red card in a test – and that would be a mournful shame. And this is not about the players or the managers or even the sponsors, this is about the fans!