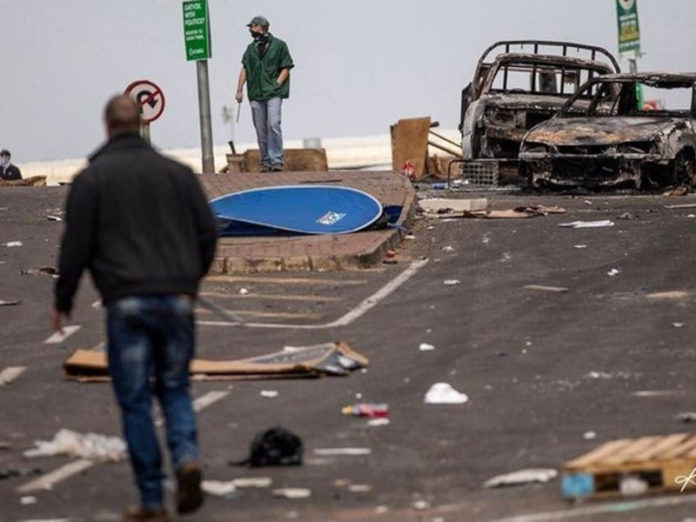 The recent looting and destructive protests are set to cost the city of Durban over R20 billion.

“The total impact on the loss is expected to rise to over R20 billion. The city’s estimated financial loss regarding cash collection was R50 million for the first week of the unrest and potential loss of income from rates is estimated to be over R300 million.”

The destructive looting following the protests in attempts to have former president Jacob Zuma released from his 15-month jail sentence is coming to an end, but the retail sector is set to suffer the most severe consequences.

The Bureau for Economic Research said: “The most immediate and direct impact on GDP will be the loss of household consumption and industrial production in KZN and, to a lesser extent, Gauteng over the past week.”

President Cyril Ramaphosa said in a visit to KZN that economic activity was reaching levels of normality with the N3 highway being opened. This week has also seen Transnet continue their rail and ports operations.

The South African Reserve Bank will announce the revised lending rates on Thursday which will indicate the damaging costs of the looting.