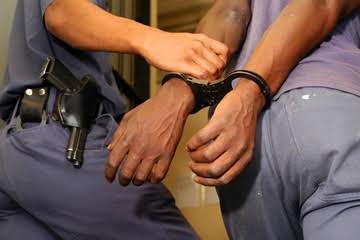 On 29 January this year, in broad daylight, he shot a pregnant mother three times, killing the unborn child; all this while trying to rob the 31 year old of a cell phone.

But even in that moment of fighting for her life and the life of her baby, the victim was able to give the police a clear description of the three thugs who attacked her mercilessly.

The incident happened at around 13h20 at Desdemonia Close in Booysens Park in Port Elizabeth.

The victim who was six months pregnant at the time was shot in her stomach, left upper thigh and right arm.

The alleged killer evaded the police with the help of a local gang, until yesterday when members of the Anti-gang Unit arrested him at a house in Kayne Street in Booysens Park at 1am.

“The suspect is also implicated in an attempted murder which allegedly took place on 16 September 2020 in Khayamnandi in Despatch.

“It is alleged that at about 03h30 on the mentioned date, the 22-year-old victim was informed that his girlfriend wanted to see him.

“As he was walking in Bantu Holomisa Road, the suspect and another male approached him and started shooting at him.”

The suspect has been charged with two counts of murder and attempted murder and will appear in the Port Elizabeth and Uitenhage Magistrates’ Courts.