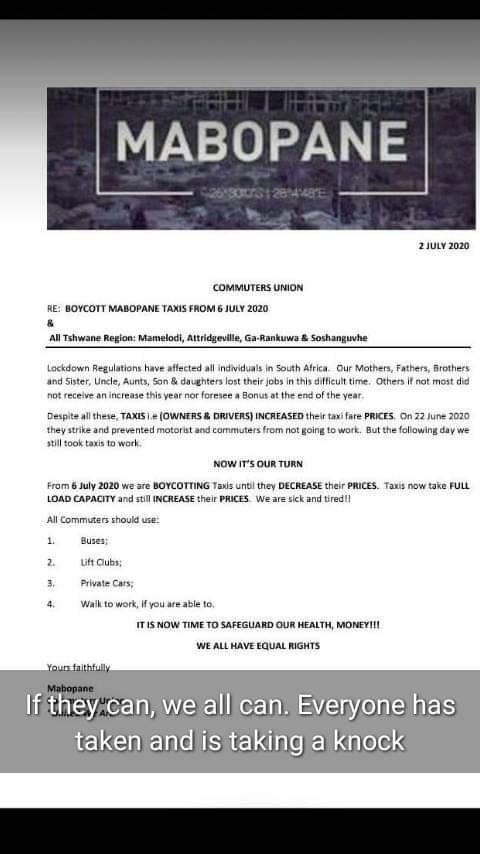 Taxi bosses are due to receive a taste of their own medicine when thousands of commuters reject the latest taxi fare increases.

A commuters’ union in Pretoria representing commuters in Mamelodi, Attridgeville, Garankuwa and Soshanguve is organizing commuters to boycott taxis.

“Lockdown regulations have affected all individuals in SA.

“Others if not most have not received an increase nor foresee a bonus at the end of the year,” the commuters’ union said in a statement.

From July 1 taxi associations increased commuter fares and increased taxi load capacity from 70% to 100% in complete defiance of the law and Covid-19 regulations.

This is despite President Cyril Ramaphosa offering a R1,135 billion bailout to the industry, amounting to a R5,000 grant per taxi.

The industry demanded a bailout of R45,000 per taxi.

The taxi boycott kicks off on July 6th, with commuters encouraged to uses buses, lift clubs, private cars – and even walk to work where possible.