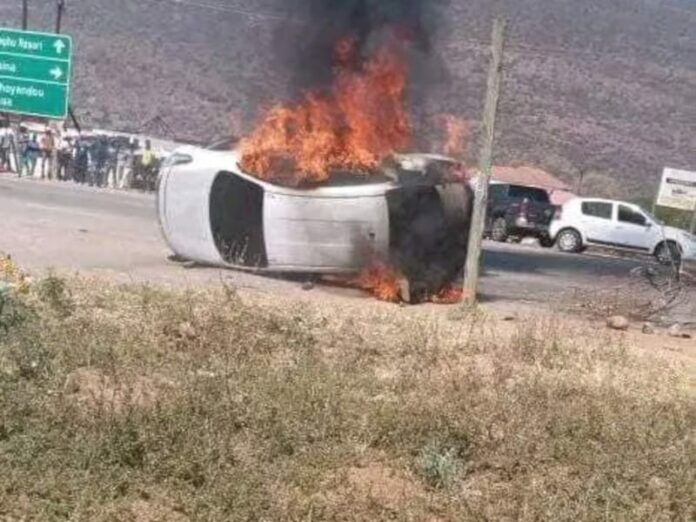 Fiona Matodzi turned 10 on Sunday 28 August and her parents had planned to throw her a party to mark her first decade on earth.

But the girl from Itsani outside Thohoyandou in Limpopo could not celebrate her birthday. She has been missing since 11 August.

She was allegedly abducted on her way home from the nearby Dzindi Primary School and she has not been seen since.

Fiona is one of four children who were abducted in the Vhembe area in August.

There has also been a spate of attempted kidnapping in Nzhelele and the community says they have had enough and are taking the matter into their own hands.

At the weekend, community members in Nzhelele, Limpopo, burned a car belonging to alleged child kidnappers with the suspects inside it.

This comes three weeks after two alleged child kidnappers were pursued by angry community members after attempting to snatch a girl at the local Mphephu Plaza shopping complex.

They were caught, beaten up and burnt in their getaway car.

It’s alleged that the two men attempted to snatch a child at a shopping centre in Biaba, also in the Nzhelele area.

During the attempt, the granny who was with the girl screamed for help and that is when a brave member of the community gave chase in his car.

The getaway car was intercepted not far from the scene.

Within a short space of time residents had gathered and the unruly mob stoned and attacked the suspects with a variety of objects, ending up burning them in their car.

Residents say they are forced to go this route because of the number of missing children.

“We are tired as parents to see our children disappearing, some to be found traumatised, some dead and some never to be found.

“We are not getting any help from the police. This is the only justice that they need,” said a concerned member of the community.

“A case of robbery and cases of two counts of murder were opened. No one has been arrested thus far and investigations continue.” he said.

Police Minister Bheki Cele who was in Limpopo on Saturday said he was concerned over acts of vigilantism in the province.

“We accept that policing service delivery can and should be improved but at no point can taking matters into your own hands as residents be condoned or accepted as a normal practice in any society. There simply is no justice in the so-called ‘mob justice’ but it is criminal acts that will be harshly dealt with.”