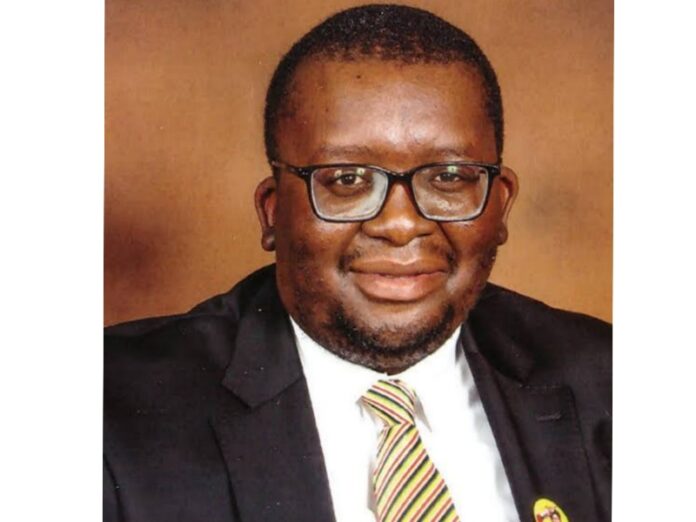 Corruption-accused Zululand mayor Reverend Thulasizwe Buthelezi danced like a child on Monday when IFP supporters blocked angry community members who tried to storm his offices to demand his resignation.

The controversial mayor is accused of spending service delivery funds on VIP protection for himself and his wife.

On Monday police officers had to work hard in the hot sun to avoid the clash between angry IFP supporters and community members.

Community members were marching to force the Zululand district council meeting scheduled for Tuesday to vote Buthelezi out through a motion of no confidence.

Buthelezi is accused of splashing R240-million on VIP protection for himself and his wife MaMzila Buthelezi.

Lindokuhle Xulu, who was leading the community protest, said that all they want is for Buthelezi to step down.

“We are tired of Reverend Buthelezi, who has turned our district into a laughing stock due to his corrupt behaviour,” Xulu said.

Xulu and his fellow marchers were unable to get to the district municipality. They had to deliver their memorandum from a street away from the municipal buildings to avoid violent clashes with IFP supporters.

In the chaos, Buthelezi was seen singing and dancing at the municipal premises with IFP supporters who came in numbers to defend him.

It is believed that the district municipality might be unable to pay its workers due to financial mismanagement, and national treasury has also refused to bail them out.

Municipal Manager Mpume Manqele received the memorandum and promised protesters that they will respond.