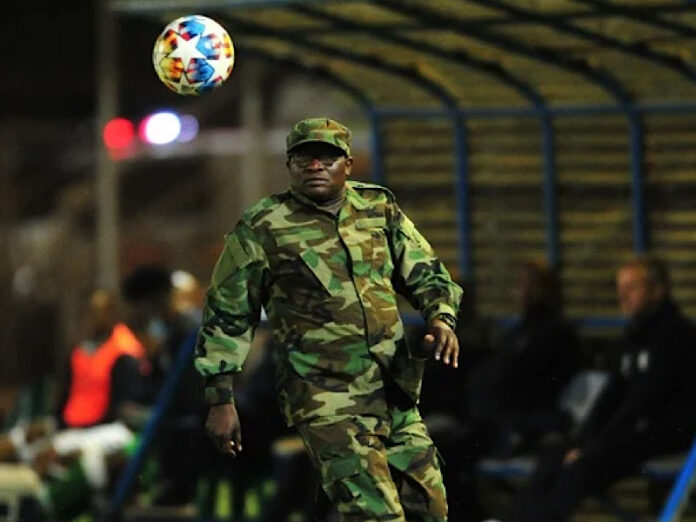 A football player in Venda feared for his life after his coach allegedly viciously assaulted him, kidnapped him, and then pointed a gun at him.

Bono “Lovers” Mudau said in a statement made at the Vuwani police station that the coach and an alleged accomplice argued about whether to kill him on the spot or take him somewhere to finish him off.

The coach was arrested and appeared at the Vuwani Magistrate’s Court on Monday on charges of pointing a firearm, kidnapping and assault. He has remained in custody.

It is not clear why the coach allegedly assaulted the player.

The incident apparently happened in Limpopo in full view of onlookers who were too scared to intervene. Nelukau reportedly hit the player in the face with the firearm and allegedly hit him with a golf iron and a wooden club.

In a statement by Mudau at Vuwani police station he wrote that he was on his way home when he was stopped.

“Coach Lucky Nelukau came from the bakkie in which he was a passenger and produced a firearm and pointed it at me,” he said in the statement.

“The man driving the car also got out of the car and pointed a gun at me. The two argued about whether to kill me on the spot or take me somewhere to finish me off,” the statement read.

Mudau was rushed to Tshilidzini hospital with serious injuries.

Police spokesperson Sergeant Vuledzani Dathi said the suspect was arrested on 20 January and appeared at the Vuwani Magistrate’s Court on Monday, 23 January.

TTM has since released a statement confirming that Nelakau was suspended.

“Mr Nelakau was suspended on a precautionary basis as coach of Tshakuma Tsha Madzivhandila FC pending an investigation into his developing personal matters with the South African Police Service,” the club said.

Nelakau is known in the football world for the flamboyant military clothes he sports on the touchline.

His reputation could be seriously dented should TTM and the PSL charge him with misconduct for bringing the sport into disrepute.