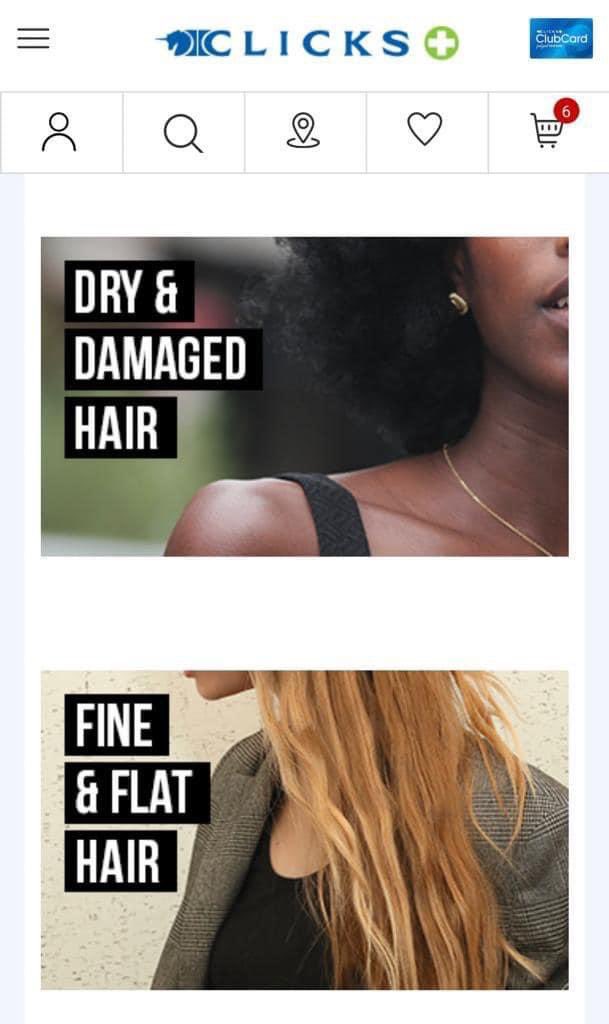 Clicks’ marketing department has just learnt a few lessons that every man should take to heart.

Never make comparisons with another woman.

And never ever base the criticism on a person’s race.

Clicks walked into a racism firestorm this week when it posted an advert comparing black women’s hair unfavourably to white women’s.

Clicks rushed out an “unreserved” apology on Saturday after a storm of protest erupted and the Economic Freedom Fighters threatened to shut down their stores.

The advert labelled black woman’s hair as “frizzy, dull, dry and damaged” while white woman’s hair was labelled as “normal, fine and flat.”

Many of the responses on social media were from women incensed that their natural hair was being attacked.

They proudly posted pictures of their hair with comments like “black women, your hair needs no fixing” and a range of tougher comments like “kiss my ass, Clicks”.

In its apology Clicks said they had been supplied the advert by TRSemme South Africa, the haircare brand, which also rushed out an apology.