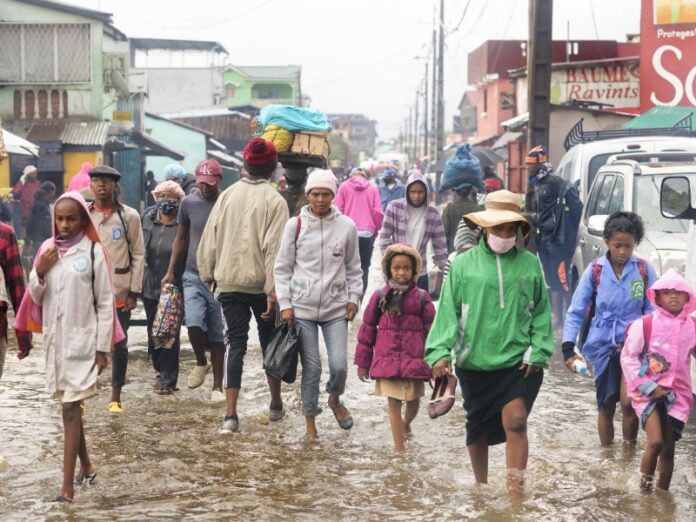 Several catastrophic cyclones and tropical storms ravaged their way through Southern Africa this year, events that were made more deadly due to climate change.

The data was taken during a six-week period that revealed climate change resulted in heavier precipitation.

While 230 people lost their lives, a further one million people were affected.

“The finding is consistent with scientific understanding of how climate change, caused by human greenhouse gas emissions, influences heavy rainfall,” WWA said in a statement on Monday.

“As the atmosphere becomes warmer it accumulates more water, increasing the risk of downpours.”

The study stated that Africa, which emits the least amount of greenhouse gases of all the continents, is suffering the most severe consequences of climate change.

Severe weather conditions and events such as cyclones and droughts have become more prominent and more consequential, disrupting agriculture which is the main source of income for most African countries.

“Again, we are seeing how the people with the least responsibility for climate change are bearing the brunt of the impacts,” said Friederike Otto, who co-leads WWA.

Madagascar, Malawi and Mozambique are amongst the poorest regions in Africa, making data collection more difficult.

In Mozambique, only four of their 23 weather stations in the areas affected by the adverse weather have data dating back to 1981.

Malawi and Madagascar had no suitable data to prove that climate change directly caused the recent storms and cyclones.

One of the storms killed around 25 people in Mozambique, destroying 7,700 homes in the process.

The same storm killed 58 people in Madagascar and left 72,000 people displaced from their homes.

“The compounding of multiple rainfall events makes it more difficult for communities to recover and prepare for the next event.”