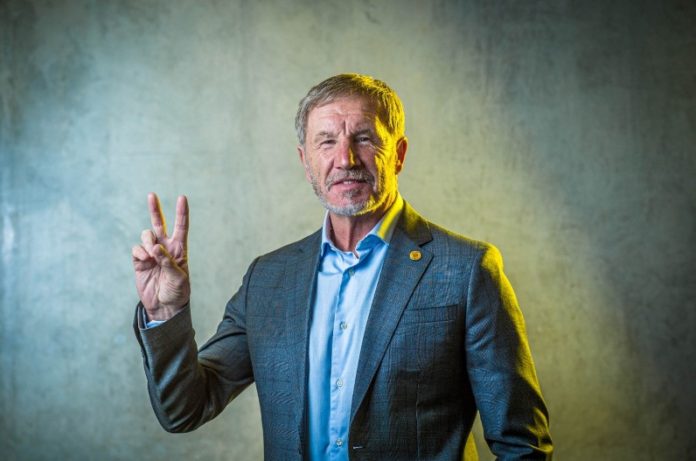 The speculation is over. Two years after being fired by Bafana Bafana, Stuart Baxter is back at Kaizer Chiefs as head coach.

Baxter replaces Gavin Hunt who was fired two weeks ago.

Baxter will be assisted by Arthur Zwane and Dillon Sheppard, who were interim co-coaches after being part of Hunt’s backroom staff.

“Coaches before me were not bad coaches,” Baxter said.

He said he wasn’t there to dismantle what has been done.

“It’s about finding a better balance and rebuilding the culture of the team,” he said.

Baxter’s first assignment will be Amakhosi’s trip to Morocco to take on Wydad Casablanca in a CAF Champions League semi-final first leg match on 19 June.

“It’s a strong opponent but we have shown in our home game before that we can match them,” he said.

“We need to improve tactically and mentally. We need to grind out a result there.”

Baxter was the last coach to have won any form of silverware for Amakhosi and that was in 2015.

Since his departure Chiefs have had four coaches (Steve Komphela, Giovanni Solinas, Ernst Middendorp and Hunt). Last season Middendorp came close to winning the Premiership but lost it to Mamelodi Sundowns on the last day of the season.

With Baxter in charge, Chiefs won two league titles, the Nedbank Cup and the MTN8 title.

Chiefs faithfuls will be hoping that Baxter’s return will see their club going back to those glory days.