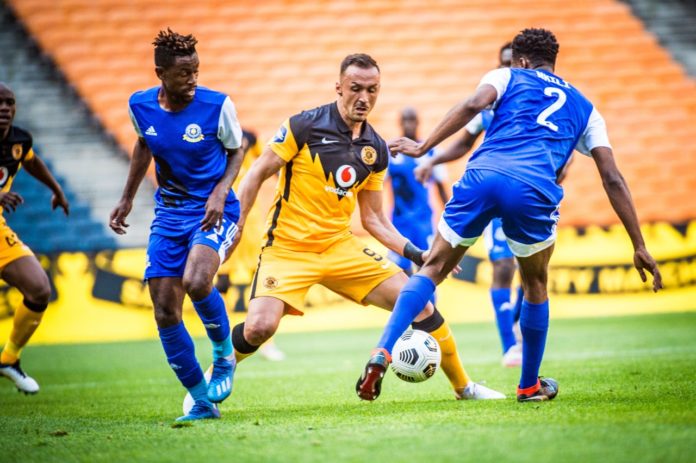 For Amakhosi it was their biggest win of the season.

They beat relegation threatened Tshakhuma Tsha Madzivhandila 3-0. Sundowns on the other hand were held 0-0 at home by Bloemfontein Celtic.

The draw left second place Swallows with a big chance to get on top if they win tomorrow against Chippa United.

The biggest talking point was the Chiefs’ first win at home which they did in a convincing way. Young midfielders Nkosingiphile Ngcobo and Happy Mashiane continued with their scoring form.

They once again registered their names on the score sheet on Tuesday with Ngcobo giving Chiefs the lead in the first half and Mashiane coming from the bench in the second stanza to score the winning goal. These two also scored in Chiefs’ 2-1 win away at Cape Town City on Saturday.

Lebohang Manyama, also coming from the bench, scored on his first touch to give Chiefs a 2-0 lead. The best player of the match was Samir Nurkovic who was instrumental in all Chiefs goals.

He was named man of the match at the end of the game and dedicated his award to Amakhosi fans.

“A team as big as Chiefs deserves nothing but victories in all their matches. It was sad to see them struggle at the beginning. But now I’m back and I’m enjoying my game. Chiefs fans deserve to be happy all the time,” said Nurkovic.

Tshakhuma’s win was Chiefs’ third in a row and it has taken them to seventh place. For Tshakhuma the defeat took them down the relegation zone.

They remain in 15th place but they could find themselves rooted at the bottom should TS Galaxy, who are in 16th place, win tomorrow against Maritzburg United.

Meanwhile, Swallows coach Brandon Trutter and midfielder Ruzaigh Gamildien were named coach and player of the month for December/January. This was Trutter’s second individual monthly award for two months in succession.