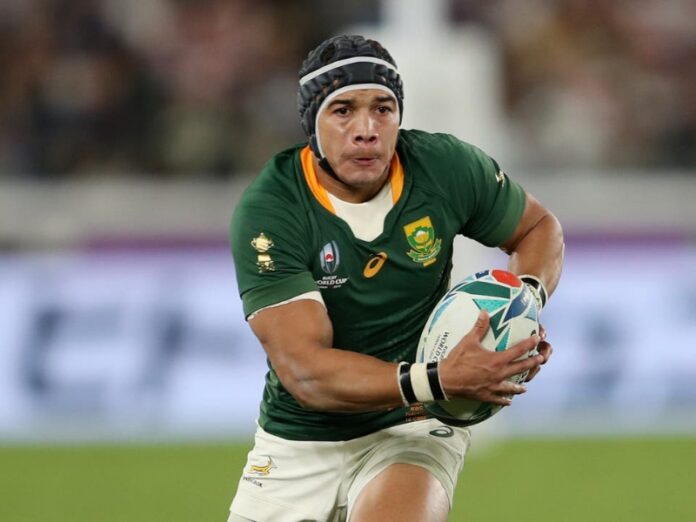 The try that Cheslin Kolbe scored in the final of 2019 Rugby World Cup may be one of the greatest tries in rugby history and it may well be the defining moment of the Springboks’ campaign at the time.

Likewise, there was a memorable moment when Pieter Hendriks ran around the great Australian wing David Campese to score the first try of the 1995 World Cup, announcing to the rugby world that South Africa was a serious contender to win the Webb Ellis Trophy.

But no wing in the world believes that they are the most important player on the field. Which is why Cheslin Kolbe’s current situation is so significant.

“I have never experienced such a situation in my career,” he said, answering media questions on Wednesday.

“Personally, I see it as an opportunity. I will be able to test my strength of character, but also that of the team.”

The situation Kolbe is referring to is the fact that Toulon, the team he recently joined after leaving Toulouse, is sitting at the very bottom of the Top 14 log. Toulon have paid a great deal of money for the services of the wing, the man who a few years ago was considered too small for international rugby.

Kolbe, playing for Toulon tonight against log leaders Bordeaux, is not the captain, nor is he an elder in the team. He is also not the eighth man right in the thick of things. He is a winger, far out on the right hand side of the field. But his enormous presence on the field cannot be denied.

“We have the squad to do much better,” he said in the same interview.

“It is up to us to see what we are capable of in this situation.”

Tonight, he lays his character on the line. Will the team respond?