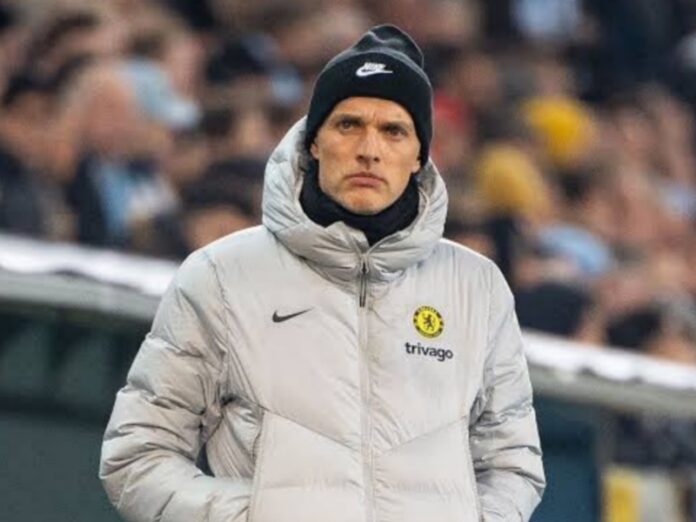 Chelsea manager Thomas Tuchel has condemned chanting by fans for the club’s Russian owner Roman Abramovich during a minute’s applause in support of the Ukraine.

A group of Chelsea fans in the away end interrupted the gesture before kickoff, to the displeasure of Burnley fans who booed the London clubs’ fans.

Roman Abramovich announced that he would sell the club days after Russia invaded Ukraine.

Abramovich is alleged to have close ties with Russian president Vladimir Putin, which he has previously denied.

Neither he nor Chelsea has publicly condemned Putin for the invasion.

Tuchel called for supporters of the club to show more respect in these situations.

“We take the knee together, if a person from our club dies, we show respect. It’s not a moment to give other messages,” he said.

Despite the invasion of Ukraine reportedly being the reason behind Abramovich confirming his intention to sell the club, Tuchel said that cannot be an excuse to disrespect the people of Ukraine.

“We also do this because of what we are as a club. We show respect, and we need our fans to commit to this minute of applause in the moment.

“We do it for the people of Ukraine and there is no second opinion about the situation. They have our thoughts and our support, and we should stand together as a club,” Tuchel added.

Chelsea put on an impressive second-half performance to defeat Burnley 4-0. The win means that Chelsea held onto their third-place spot, as in-form Arsenal remain tight on their heels.

The Champions League winners failed to threaten the Burnley goal in the first half. But a goal from Reece James opened the floodgates as Kai Havertz added two goals, with Christian Pulisic adding to the scoresheet.

While Tuchel has admitted the Abramovich saga has proved to be a distraction, this week has shown the team “has a lot of character.”