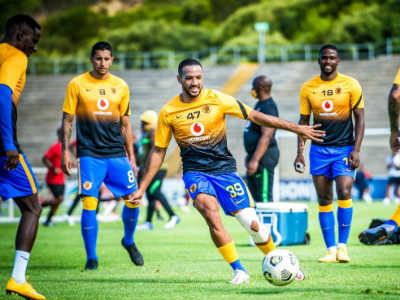 It’s tough out there.

This is the warning from Kaizer Chiefs forward Leonardo Castro who told his teammates that playing in the CAF Champions League group stages is not child’s play.

On Tuesday Amakhosi will kick off their Champions League Group C campaign hosting Guinean outfit Horoya at FNB Stadium in Soweto at 6pm.

The Columbian knows the competition after winning it with Mamelodi Sundowns in 2016.

“You have to take your chances,” said Castro, who said the away games are the most difficult.

“At least we’re starting at home which we must use to our advantage.”

He said conditions in other African countries are so tough that getting single points away is vital.

“Coming home with a point is always a big achievement.

“We will have to minimise mistakes and try to score first to win the match and come away with maximum points,” he said.

This is Chiefs’ first match in the competition’s group stages.

Amid the logistical chaos the fixture has been postponed three times.

Belouizdad were scheduled to play Sundowns on Saturday but that match was cancelled due to Covid-19 restrictions in Algeria.

Both Wydad and Algerian team CR Belouizdad were handed deadlines to confirm their new agreed venues and dates as per the CAF Covid-19 regulations.

The Tanzania Football Federation have confirmed they will host Belouizdad against Downs this Sunday at Benjamin Mkapa Stadium in Dar es Salaam.

On the same day Wydad will host Amakhosi in Burkina Faso at the August 4 Stadium in Ouagadougou.