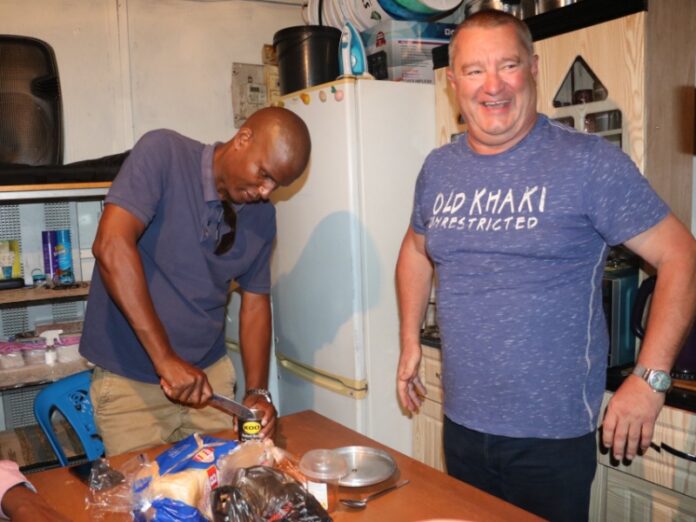 “I slept in one of the rooms that belongs to the Ndlela family. The situation is inhumane and disgraceful,” Rodgers told Scrolla.Africa.

“The worst part is that the entire community has only one toilet and bathroom. I’m taking this matter to the Human Rights Commission and to the provincial government,” said Rodgers.

In 2009, before the 2010 Soccer World Cup, residents were removed from their homes to make way for the development of the King Zwelithini stadium.

They were put in a transit camp in Lamontville, south of Durban, with the promise that they would be placed in a R1-billion Cornubia housing project.

Eleven years later, residents are still stuck at the camp.

A few years ago billionaire Tokyo Sexwale spent time in an informal settlement in Soweto. But he barely spent a night there, as he complained of the cold and unsafe conditions.

Rodgers said elderly people live and sleep in one room with their kids.

He had to ask family members to sleep somewhere else because he couldn’t sleep and bathe in front of the children.

“Just imagine that these people are living this kind of life every day. I am not politicking. There are no elections that are coming,” said Rodgers.

DA councillors have been subjected to insults from the ANC benches in eThekwini Metropolitan Council when they raise the issue of transit camp communities.

They are told they are “white” or “coconut” so they don’t know anything about the living conditions of poor people in townships.

In 2020 it was reported that the community of Lamontville were fighting for the removal of the transit camps community, as they accused them of turning their township into a dirty area.