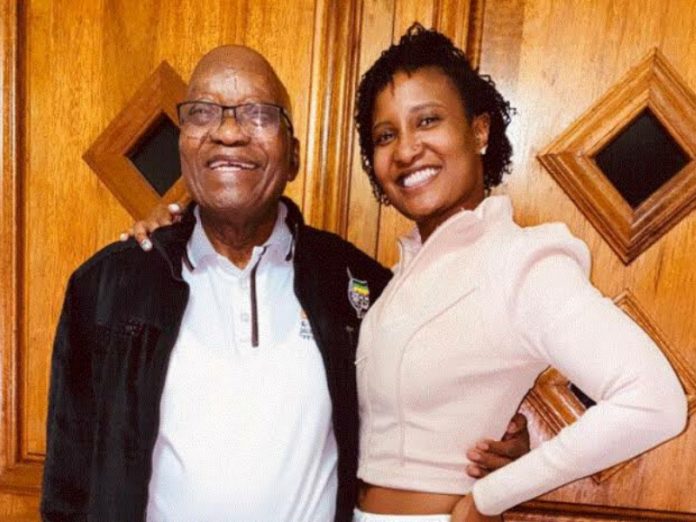 Twitter should suspend the accounts of Duduzile Zuma-Sambudla and the Jacob Zuma Foundation for inciting violence, say prominent South Africans who have appealed directly to Twitter CEO Jack Dorsey.

“The unrest is trending globally. Violent unrest sparked by disinformation on your platform. Thousands have pleaded for action. Nothing. You have no shame @jack,” Van Damme tweeted.

“Zuma-Sambudla has posted a number of tweets over the course of the last few days encouraging and inciting the violence and looting which has destabilised KwaZulu-Natal and parts of Gauteng,” Breytenbach said in Cape Town.

“These tweets have typically included images of destruction, arson and looting, with Duduzile expressing her support of these actions in the captions of the tweets.”

The former senior prosecutor also pointed out “a video making the rounds on social media in which Duduzane Zuma wows to ‘fight’ to get his father out of prison, while Edward Zuma made utterances prior to his father’s imprisonment that law enforcement agencies would have to go through him before they arrest his father.”

Technology journalist Duncan McLeod echoed the feeling of many South Africans in an open letter to Dorsey –  @jack on Twitter – to suspend the @DZumaSambudla and @JGZ_Foundation accounts.

“The former president’s daughter, who, before the worst of the looting and violence took place, was posting highly incendiary tweets, one of which showed unnamed people discharging a firearm or firearms at a poster of President Cyril Ramaphosa,” he wrote on TechCentral.co.za

The Zuma Foundation account tweeted that “peace and stability in South Africa is directly linked to the release of President Zuma with immediate effect”.

“Given the tinderbox nature of the situation, and the real possibility that reckless social media comments could exacerbate the volatile situation on the ground, this tweet is at best extremely reckless,” wrote McLeod.

“At worst, it may have helped fuel the scenes of carnage and mayhem engulfing Durban and other towns and cities across KwaZulu-Natal.”