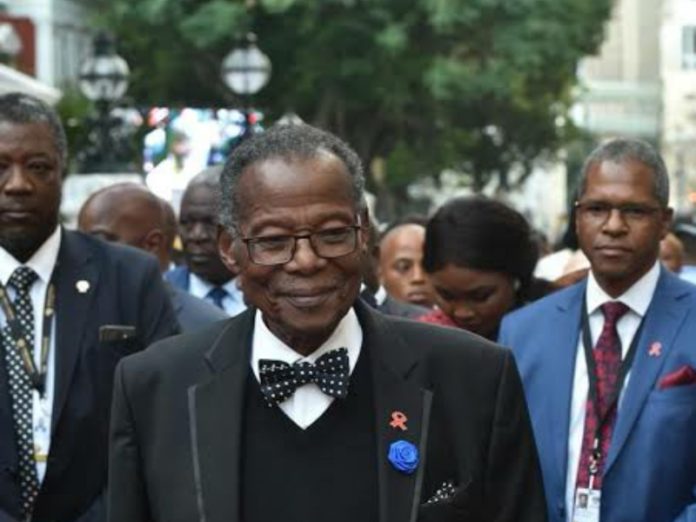 Prince Mangosuthu Buthelezi believes God will judge him harshly if he keeps quiet about the crowd which gathered outside Jacob Zuma’s Nkandla home on Sunday.

The 92-year-old MP said he was troubled by the chaotic scenes at Nkandla, at which thousands of people didn’t wear masks, very little social distancing took place, and shots were fired into the air.

“It is simply wrong. The people there are challenging the state,” he said, speaking in his personal capacity on Monday.

“I appeal therefore in this time of great reflection of our nation that we consider what is going on at Nkandla as treasonous.”

He pulled no punches, saying that challenging the processes of the state and risking lives was unacceptable.

In his political career, Buthelezi had witnessed and participated in other explosive moments in SA’s recent history, including what was known as the People’s War in the ‘80s, fought between the IFP and ANC.

“I dare not keep silent. This runs contrary to our dignity. We are a spectacle in the eyes of the world,” he said.

The supporters threatened violence if Zuma is arrested after he was sentenced to 15-months in jail by the Constitutional Court last Tuesday.

As the ANC – the party Zuma once led – moved to douse the flames in Nkandla, Buthelezi said the ruling party was pouring water onto a duck’s back.

He said AmaZulu King Misuzulu kaZwelithini would address the media about the presence of Amabutho at Zuma’s home this week.

Zuma heads to the Pietermaritzburg High court on Tuesday in a desperate attempt to stop his arrest by Police Minister Bheki Cele after he rebelled against the ConCourt order telling him to appear at the state capture commission of inquiry.

The ConCourt instructed the police minister and the national commissioner to arrest Zuma if he did not hand himself over to the police by Sunday, 4 July.

Zuma, who said on many occasions that he did not fear going to prison, will also go to the ConCourt next Monday to plead for it to reverse its decision to sentence him to 15-months in prison.