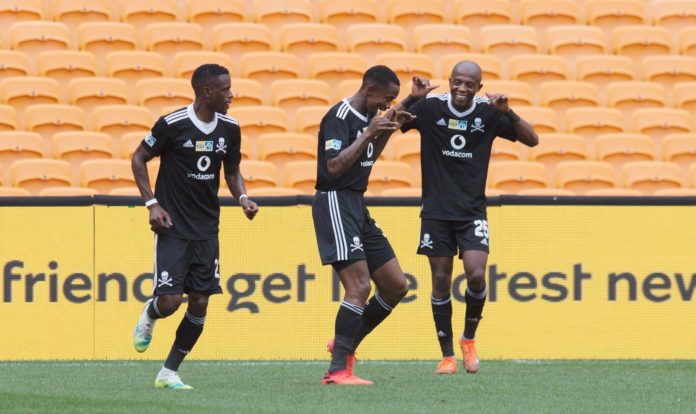 The 2020/2021 season seems to have started on a brighter note for Orlando Pirates.

They will be competing in their first MTN-8 final in six seasons.

The last time Pirates participated in the final of the MTN-8 competition was in  the 2014/15 campaign when they lost to arch rivals, Kaizer Chiefs.

Although they played in the 2018 Telkom Knockout Challenge, Pirates succumbed to Baroka FC on penalties.

The Buccaneers have not won any silverware for the past five seasons – the same number of seasons as Kaizer Chiefs who look very unlikely to change their fortunes.

Former Pirates striker James Mothibi reckons the club has a good technical team with lots of football knack and experience.

“Josef Zinnabauer and Fadlu Davids seem to have found what has been missing in the Soweto giants. With that being said, bringing two or three trophies of the four (MTN-8, Telkom, Nedbank Cup and the DStv Premiership) that are on offer would be a huge achievement and if they fail, then at least one would be better,” says Mothibi.

Deon Hotto, Thabang Monare, Thulani Hlatswayo and Richard Ofori are among the marquee signings that are adding value to the team. Their arrival has also rekindled the fire of Vincent Pule, Tembinkosi Lorch and Fortune Makaringe.

Team morale and spirit seem high and the players understand what’s expected of them.