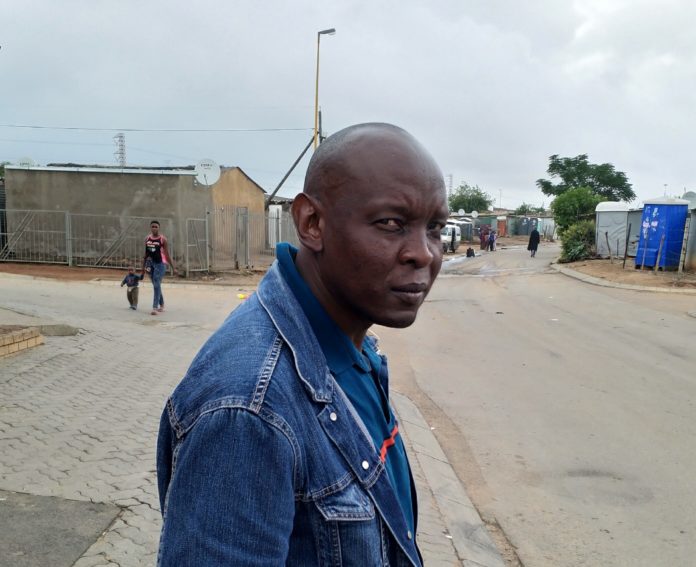 Sergeant Matome Rapetsoa was on his way to fetch his car at Tembisa South police station to start his morning shift when three men approached him.

One of the men pointed a firearm at him and told him to raise his hands.

But what the thugs didn’t take into account was that Matome, who is based at Tembisa Rabasotho police station, has been a cop for 17 years.

The smart cop kept his cool, pulled out his firearm and shot the armed man in the thigh.

“I shot the man with the gun. The other two didn’t seem to have weapons,” said Matome, who guards prisoners and suspects who are admitted to hospital.

The other men fled the scene – and now Matome is guarding that very same suspect at Tembisa Hospital’s ward 19.

“I have worked in that unit for seven months where I guard suspected criminals. Some are criminals involved in shootings and some are just sick,” he said.

“They are all taken to that ward under police guard and I am one of the officers who guards them.”

Matome said the incident has traumatised him and he has sought professional help.

Matome has been applauded by the community members who have been struggling with criminals in the area.

“When I opened my bedroom window I saw a man on the ground and the officer was standing next to him warning him not to run,” he said.

Mlungsi said there has been a spate of criminal activities in the area with armed men robbing people of their belongings.

“The officer was brave enough to outsmart the thugs whom we believe have been terrorising people in the area,” said Mlungsi.

Police spokesman Captain Manyaza Ralidzhivha said they are investigating cases of attempted robbery and possession of unlicensed firearms and ammunition.