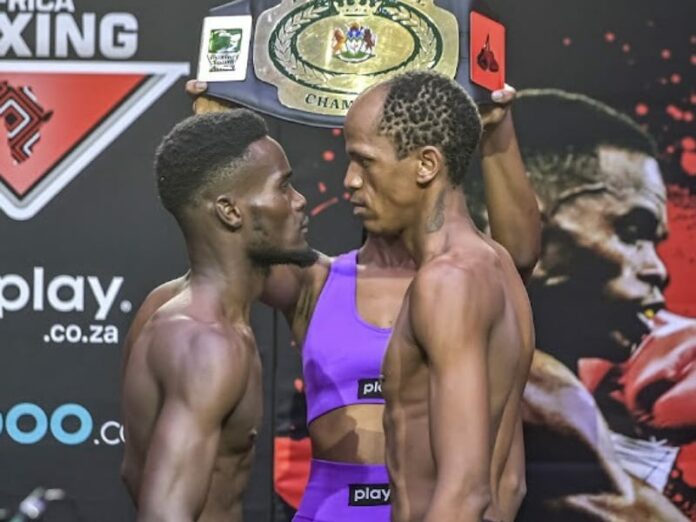 Sparks are expected to fly during the ESPN Africa boxing tournament set for Durban’s Suncoast Casino this evening at 7pm.

The show, organised by The Walt Disney Company Africa, pits highly rated South Africans against opponents from the Philippines.

During the weigh-in on Wednesday, Ndongeni said he will use the fight to improve his ratings in the sanctioning bodies.

“I am currently rated 170 by BoxRec.com while IBO has me at number 97. If I beat this guy I will take over his rating and move back to the top. I am happy with my preparations and raring to go,” said a confident Ndongeni from the Eastern Cape.

Lamati’s handlers say the Geraldo fight will be used to gauge his readiness before he makes the mandatory defence of the title he won last year.

Lamati, who boasts an impressive record of 20 wins against a draw, must not drop his guard. Geraldo has a record of 38 wins against 11 losses and three draws.

The IBF International junior middleweight clash between champion Emmany Kalombo and challenger Shiva Thakran has been cancelled. The Indian boxer suffered an injury during a sparring session.

Also on the bill is a vacant KwaZulu-Natal junior featherweight title between Sanele Maduna and Mduduzi Mzimela.

This is the first time the American multinational mass media and entertainment conglomerate are staging an event in Durban. Most of their tournaments have been held in Gauteng. Promoter Sifiso Shongwe is their representative in Africa.