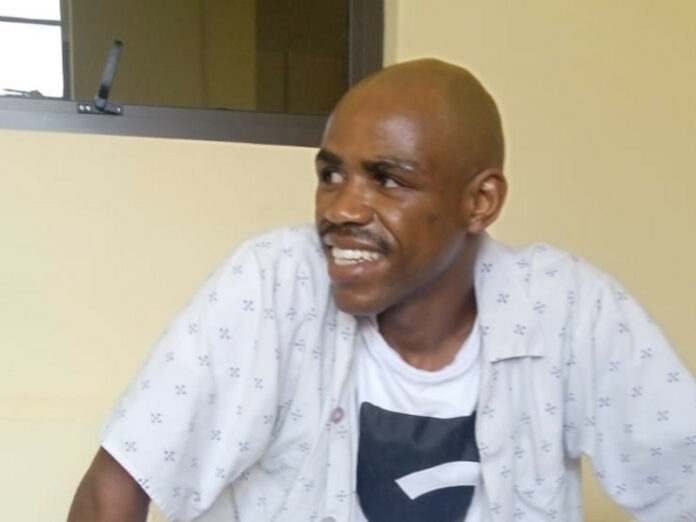 Newly crowned WBF world junior bantamweight champion Gcina Makhoba has been discharged from hospital, much to the relief of promoter Hlengiwe Sithole of Hle Jobe Promotions and boxing fraternity.

There was concern about Makhoba’s health after he was rushed to hospital following a bruising encounter with tough-as-nails Roberto Paradero from the Philippines in Dundee, KwaZulu-Natal at the weekend.

They clashed for the vacant title over 12 rounds and Makhoba won via a unanimous points decision.

The stocky South African boxer asked to be excused from engaging in routine post-fight interviews and ran straight into his corner gasping for air. The doctor and medical personnel attended to him and he was whisked away to the nearest hospital where he spent two days.

It appeared he had been dehydrated. Speaking to Scrolla.Africa after being discharged on Wednesday, Makhoba still sounded tired but relieved he was cleared of serious pain inflicted on him by the hard-hitting Filipino.

During the fight Makhoba was knocked down in the first round. He regrouped to score two knockdowns but Paradero beat the count and took the fight to him throughout the scheduled rounds.

“It was the most draining, tough fight I have ever been involved in. That guy can bang. My right jaw is still sore. I can’t take in strong stuff as I’m feeling the pain. He hit my ear hard and when it bled profusely I wanted to give up in the ninth round but the thought of disappointing my promoter, family and fans who had come out in numbers pushed me to forge ahead.

“Fortunately the doctor assessed that my eardrum was not damaged and I should be back in action mid next year,” Makhoba said.

The champion said he was happy he fulfilled the promise he made to his mother before she passed away last year.

“This crown is for her. I know she’s smiling in heaven,” said Makhoba, who now boasts a record of 10 wins against a loss and single draw.

Promoter Sithole expressed delight that her charge is out of danger but will return for further assessment next week.

“It was a tough test for him and he passed with flying colours. We intend to manage his career well as we have big plans for him next year,” said Sithole.

Pictured above: Gcina Makhoba in hospital