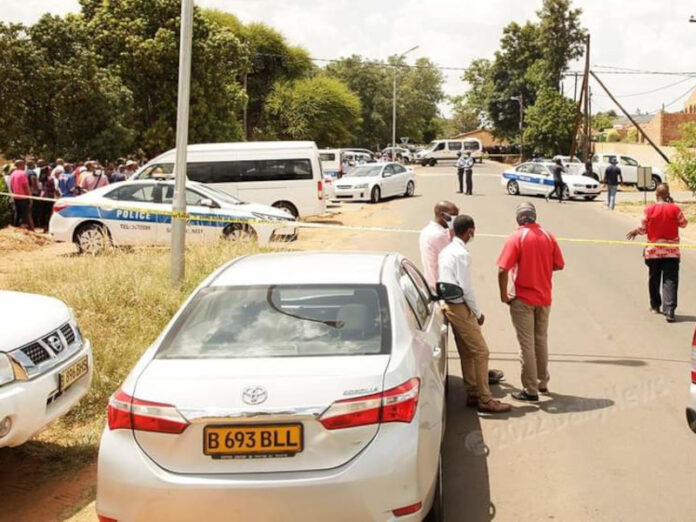 Police in Botswana have intercepted a cash-in-transit robbery, resulting in a shootout in which nine suspects were shot dead. A South African national is among those killed by police on Wednesday morning.

The men are believed to be part of an armed gang of 11 who were chasing a cash-in-transit vehicle carrying the Pula equivalent of almost R1.2 million.

“Nine men aged between 20 and 35, of Botswana and South African origin, died in an exchange of gunfire with members of the Botswana Police Services this morning at Phase 2 location in Gaborone,” the police said on Wednesday.

The police said the men attacked and robbed a cash-in-transit van at Gaborone’s Main Mall early on Wednesday morning.

“The robbers fled the scene and were followed and confronted by the police. In an exchange of gunfire ensued, resulting in fatal injuries to some of the robbers,” said the police.

Among the survivors is an unnamed 30-year-old Motswana woman who was arrested at the scene.

Botswana’s Assistant police commissioner Dipheko Motube said four pistols and an AK-47 assault rifle were found in their possession whilst an undisclosed amount of cash was recovered.

The incident in Botswana happened just three days after a gang of 25 men who planned to rob a cash-in-transit van were intercepted by police in Rosettenville, Johannesburg.

The gang opened fire at a police chopper and exchanged gunfire with the police on Monday.

Police shot and killed eight of the gang and arrested 10.

On Wednesday, police arrested the 11th suspect in Tembisa in an operation in which officers also seized four rifles, five pistols, a police uniform, and multiple G4S and police bullet-proof vests.

Meanwhile, in Zimbabwe, there have been a spike in home, business, and cash-in-transit robberies since last year.

In many of the cases, investigations revealed police and military officials’ involvement. Last year, Zimbabwe put a shoot-to-kill policy in place to deal with the growing threat of armed robberies.