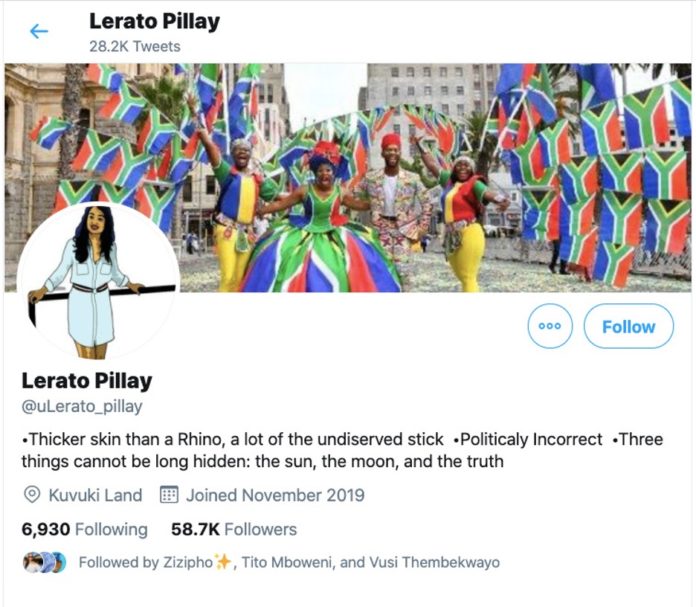 She calls herself Lerato Pillay and she has a lot of bad things to say on Twitter against African immigrants in SA.

But she does not exist.

According to a group who has studied her she’s been set up to stir hatred against foreigners in SA, the Daily Maverick reports.

The Centre for Analytics and Behavioural Science says Lerato uses people’s anger over corruption and crime, turning them against African immigrants.

Lerato’s followers like, share and retweet material with the message that African immigrants are stealing South African jobs.

The Centre has not been able to find out who is behind this.