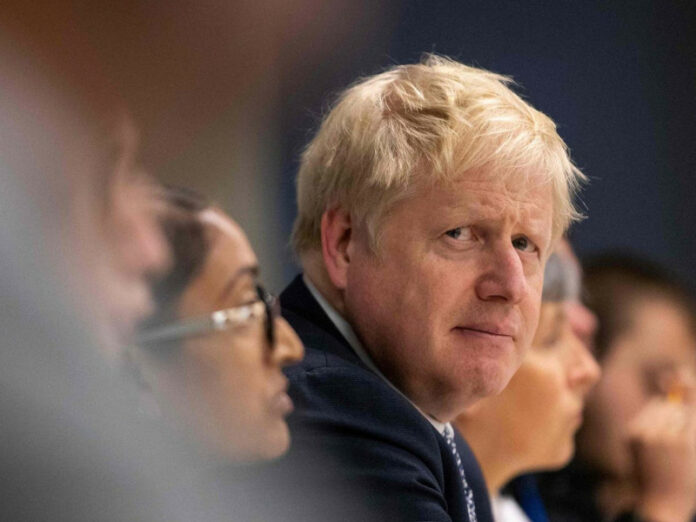 UK Prime Minister Boris Johnson faces his darkest hour yet, as MPs from his own party have called a confidence vote in his leadership. It will take place on Monday night.

Johnson’s stock has been rapidly falling of late, as reports continue to emerge that his government had thrown regular alcohol-fueled parties at the height of lockdown.

On Monday evening he was informed that at least 54 Conservative MPs had submitted letters of no confidence and that a vote would be held among the lawmakers of his party to decide whether he should carry on as leader.

If he loses, he will have to resign.

It has been a little over two years since Johnson soared to a landslide election victory, but a disastrous Covid-19 record, endless scandals and a paralyzed economy have seen the PM suffer a dramatic fall from grace.

The UK government’s response to the Covid-19 pandemic was one of the worst, not only in Europe, but in the world.

The country’s death toll of just under 179,000 is the second worst in Europe (behind only Russia) and the seventh worst in the world. Multiple reports have since found that the primary reason was Johnson’s delay in implementing a lockdown, first in 2020 and again in 2021.

Johnson survived this scandal with relative ease, as the UK obtained and distributed Covid-19 vaccines very quickly (albeit at the expense of developing nations who couldn’t purchase jabs as a result).

But Johnson only really started feeling the heat when reports emerged in November 2021 that his government had been holding lockdown parties while the rest of the country had been ordered to stay inside and remain socially distant.

Johnson’s response: deny, deny, deny. He maintained that no rules were broken in Downing Street, where his government resides, during lockdown.

However, this approach proved to be shortsighted when it soon surfaced that Johnson himself had attended several of the 17 parties that were held in government at the height of the pandemic. Therefore, not only had he himself broken the rules his government had made, he lied to parliament about breaking them.

A police investigation followed and Johnson, as well as over 100 other staffers, were fined. Still, he defied calls to step down.

However, as much as he insists that Britain is ready to move on from his scandal, enough of his own MPs disagree to form the biggest mutiny he has faced during his premiership.

Johnson will surely spend Monday afternoon scrambling for support, but by the evening the UK could be looking for a new leader.