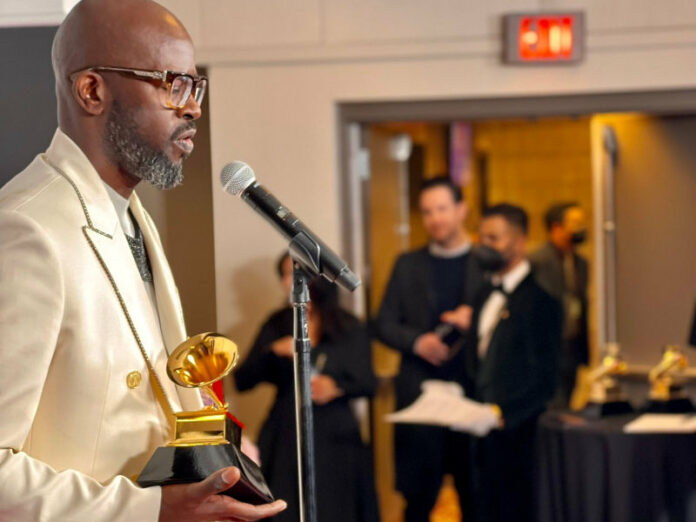 Black Coffee has bagged yet another international award, winning the Grammy Award for Best Electronic/Dance Album.

He has done it once again by winning the Grammy for Best Electronic/Dance Album . He collected the award with his eldest son Esona at the event held at the MGM Grand Arena in Las Vegas on Sunday, 3 April.

The album Subconsciously which helped him win against DJ Marshmello and DJ Major Lazor’s albums is his seventh studio album which was released in February 2021 with 12 songs that featured major artists like Usher, David Guetta, Diplo and Pharrell Williams.

“The album challenges many sounds and styles while I stay true to my roots. I wanted to make an album that could be listened to not only in the car or in the club but also while you’re cleaning the house, going through a hard time and everything in between,” said Black Coffee, accepting the award.

Other African notable features that won big at the 64th Grammy Awards include Angelique Kidjo from Benin who won the award for Best Global Music Album with her 2021 album Mother Nature.

Meanwhile, Mzansi is also celebrating comedian Trevor Noah who has successfully hosted the Grammy Awards for the second time in a row.