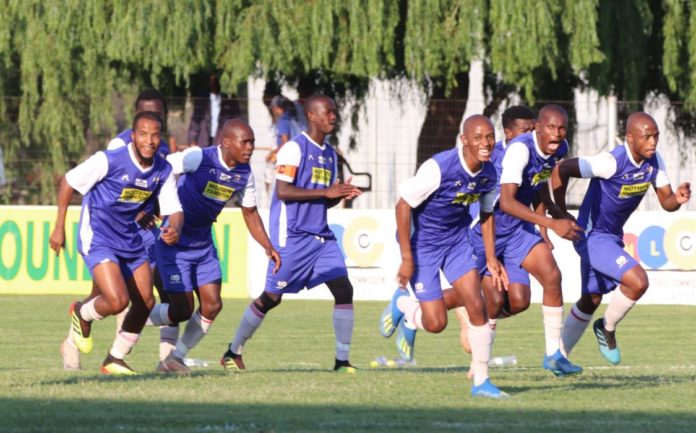 The match ended 1-1 on regulation time on Saturday at Vaal University of Technology stadium.

Bizana Pondo Chiefs will pocket a million rand for being crowned champions while Callies will take home half a million.

Both Pretoria Callies and Bizana Pondo Chiefs secured promotion to GladAfrica Championship on Thursday after their victories against Mangaung United and Umvoti respectively.

Pretoria Callies dominated play in the first half but failed to convert the chances they created, with Thabiso Nkoana being the main culprit of missing easy chances.

The match went to half time with the score goalless.

In the second half, Callies continued to pile more pressure on Bizana Pondo Chiefs’ defence.

But it was Innocent Ngcobo who opened the scoring for Bizana Pondo Chiefs after Itumeleng Luse couldn’t hold on to a header and the captain pounced to score his first goal of the tournament.

Nalwande “Musona” Natemba scored an equaliser in the stroke of full time to take the match to penalties.

“We are proud of our achievement as a team, we came here with the plan to get promoted and we have managed to do that,” said Bizana Pondo Chiefs’ Tshepo Motsoeneng.

Keorapetse Sebone and Thabiso Nkoana of Pretoria Callies were awarded with player of the tournament and top goal scorer awards respectively.

The GladAfrica Championship is scheduled for 27 November.