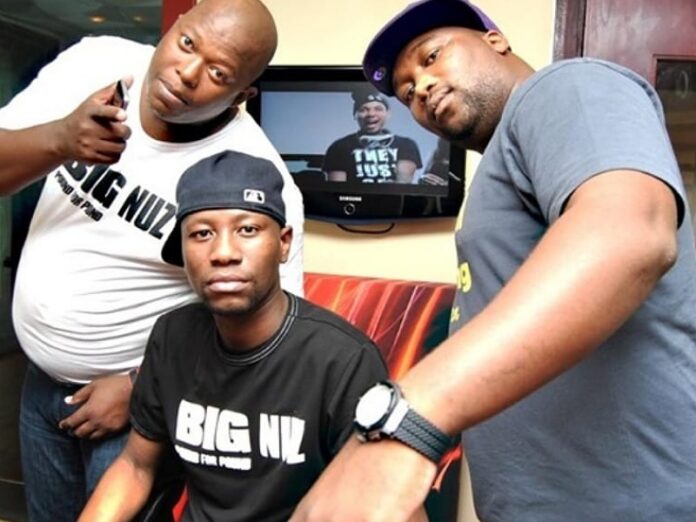 Mampintsha of the group that made the popular song “Umlilo” famous, said the album is to honour their fallen member R Mashesha who passed away in 2015 due to illness.

After R Mashesha’s passing there were fears among their fans that they were heading for extinction. Both Mampintsha, real name Mandla Maphumulo, and Danger, real name Mzi Ntshomela, launched their own record labels.

The two embarked on solo projects and collaborations, fuelling speculation that Big Nuz was a thing of the past. But this week the group announced they are still tight as ever.

Adding spice to the eagerly awaited news is that in the songs R Mashesha’s voice will feature prominently in the album which they named after the singer.

Last week the group created a buzz when they released a single titled “Ngeke” on iTunes and other platforms.

“For too long our fans have been begging us to record as Big Nuz because they say they miss our signature style,” said Mampintsha.

“We waited for the right time by dedicating the album to our brother R Mashesha, who always came up with catchy lyrics and was a good composer too. We believe he will be happy with our tribute to him.”

He said before he passed, R Mashesha had packaged some songs that were meant to be used in the group’s albums.

“But he left us before we could appreciate his great work. Well, the fans will get to hear the material he worked on before he left us.”

In the album Big Nuz employed the services of the likes of Qwabe Twins, Masandi, Mdumazi, Babes Wodumo, Costa Dollar, The Gift and Fey. They have reunited with highly rated producer and sound engineer DJ Fisherman.

Big Nuz, made up of members from Umlazi township in Durban, was formed in 2003 and became instant favourites in the country with hits like “Umlilo”, “Ntombenhle”, “Serious” and “Inazo” and won many awards.