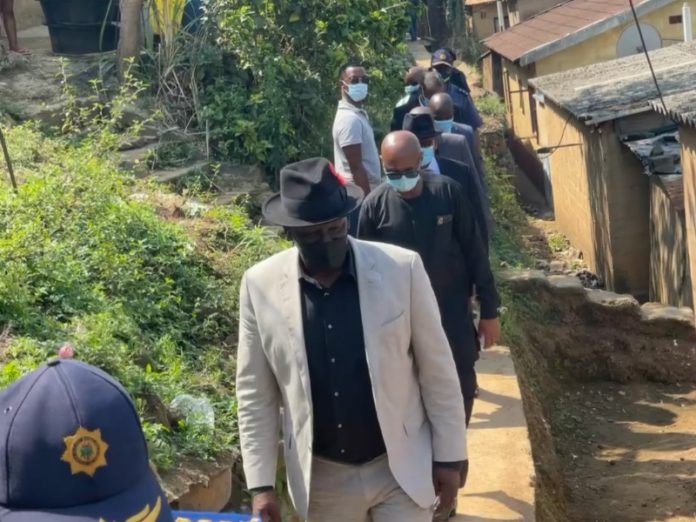 The government will be forced to deploy soldiers if the political killings and violence continue to rise in KZN and other provinces.

This was Police Minister Bheki Cele’s stern warning while he visited the families of the three women killed in Inanda on Saturday during an ANC ward councillor nomination meeting.

Philisiwe Jili, 37, Ncami Shange, 34, and Beatrice Dlamini, 75, were killed in a drive-by shooting outside Buhlebethu Primary School in Inanda north of Durban.

He said the task team is following some positive leads but the minister wouldn’t comment further.

Cele said police are on high alert ahead of the voter registration this weekend but he warned that if they fail to keep violence at bay, the army will be brought in.

“The army has not been recalled to base. If we need them, We will call on them,” said Cele.

Deputy Minister of State Security Zizi Kodwa described the killing of the three women as an act of intimidation.

He downplayed fears of further killings and violence, saying the elections would be safe.

“Those who intimidate South Africans who are exercising their right to vote will face the full wrath of the law,” said Kodwa.

The funeral details of the three murdered women have yet to be announced.