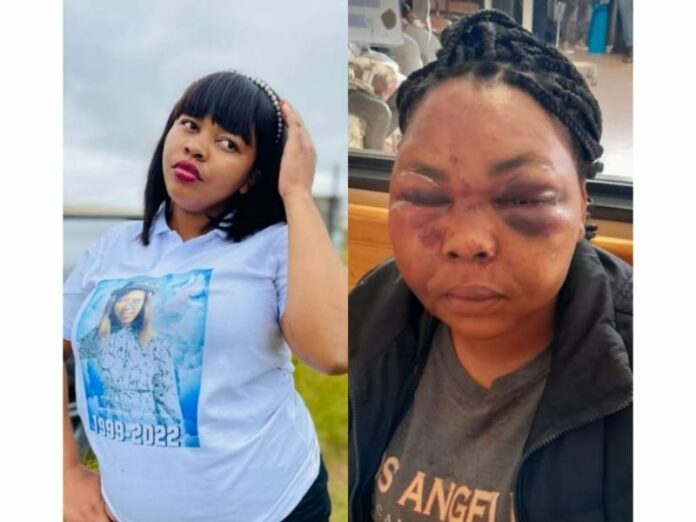 Yamkela Sikhafungana was battered, locked away and reported missing, allegedly by her boyfriend, for coming home “late”.

Sikhafungana, 26, from Khayelitsha in Cape Town is currently in hospital being treated for her injuries.

Her sister Yonela told Scrolla.Africa that she received a call from her sister’s boyfriend last Saturday reporting her missing and asking if she hadn’t contacted the family.

“We started searching for her as we feared the worst had happened to her. We didn’t report a missing person case immediately because she was always online on Whatsapp but they suspected the boyfriend was the one responding to their texts,” Yonela said.

Just when they thought of opening a case, her cousin decided to investigate further and went to the place Yamkela shared with her boyfriend

“When my cousin got there, the suspect didn’t want to open for her. That’s when she knew my sister was not missing. She was kept inside the shack all this time,” said Sikhafungana.

The cousin screamed for help and community members helped her save Yamkela from the shack and immediately took her to hospital.

“That’s when she told us that she has a 8pm curfew. She came back after that time on that day and the boyfriend assaulted her.”

The family believes the boyfriend lied about Yamkela’s Sikhafungana’s whereabouts with the intention of killing and dumping her body to make the family believe she had been killed by random people.

“We are glad my cousin went there in time to save her because she was in bad shape and couldn’t even move,” her sister added.

Siyabulela Vukubi, spokesperson for Harare police station in Khayelitsha, said a case of assault with intent to do grievous bodily harm has been opened.

The suspect is yet to be arrested as he is on the run.