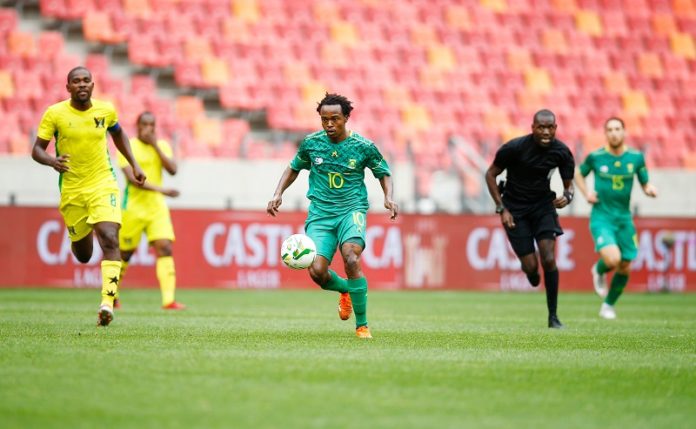 Bafana Bafana mentor Molefi Ntseki has vowed to frantically work on schoolboy errors committed by both his offensive and defensive departments.

The former Under 20 men’s national team coach said he was pleased the team was creating scoring opportunities but bemoaned the squandered opportunities.

The game was not televised due to broadcast rights.

Themba Zwane and Tau both bagged a brace each and the win put Ntseki’s men equal with log leaders Ghana on nine points each.

Defensively Bafana has been leaky and Ntseki says he missed the likes of Sifiso Hlanti, Innocent Maela and Thamsanqa Mkhize among others to tighten his backline.

“We’re not happy with the goalkeeper and defenders because we gave away those two goals. There was a loss of concentration in the first goal we conceded and we all know that in terms of defenders, there must be an understanding of working together over time,” he added.

Over the two legged clash with the-so-called minnows, South Africa did not look promising. This left a sour taste in many South Africans’ mouths.

Bafana Bafana still have to play Ghana and Sudan in the final two games of the qualifiers to know if they will qualify for the continental showpiece.