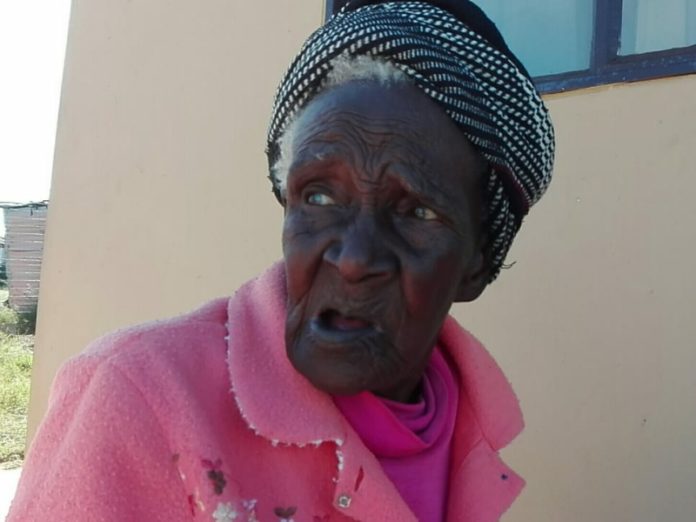 On Sunday, the 103-year-old Nomfuduko Skeyi told Scrolla.Africa about her struggle without running water and electricity.

She said how she longed to have the basic needs in her RDP before she died, but for the gogo it is now too late. She died in her sleep of natural causes on Tuesday.

During her interview with Scrolla.Africa gogo Skeyi said she and her elderly daughters were forced to cook outside on the fire while her neighbours enjoyed the convenience of using stoves.

“When I didn’t have money for paraffin, I cooked outside with the wood collected by my great grandchildren,” she said.

Gogo Skeyi, who was virtually blind, had to rely on her neighbours for water.

This past weekend she told Scrolla.Africa “I want to die owning an electrified home. I am happy with the house, but without electricity it’s not easy. It is dangerous to use paraffin. I wish the officials could speed up the process.”

“When Scrolla.Africa was here her hopes were high that someone was finally listening. Not a single day would go by without her talking of the pain of not having electricity,” said Skeyi-Mboyiya.

Buffalo City Metropolitan Municipality spokesperson Samkelo Ngwenya said Eskom was the supplier of electricity in Ndevana village not the municipality.

When Scrolla.Africa contacted the authorities about gogo Skeyi’s electricity pleas, they said they were investigating the matter.